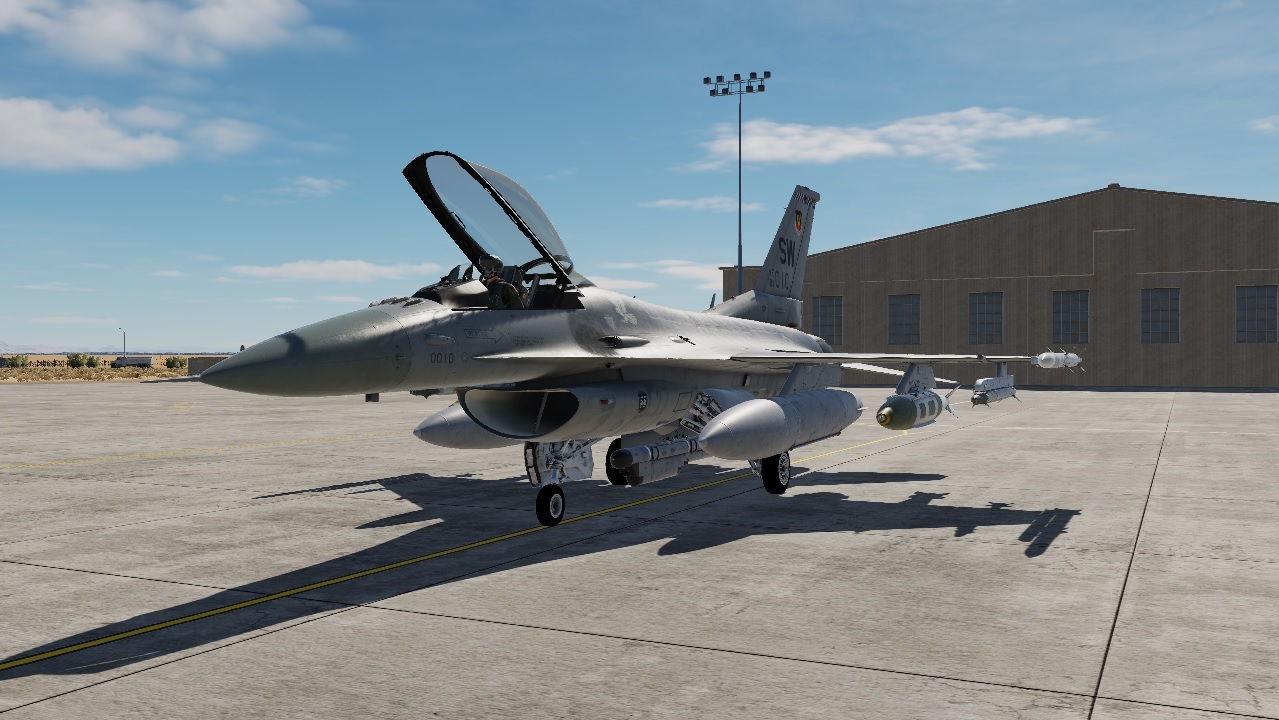 Type - Single mission
Author - Exorcet
Fly a low level strike against a SAM defended target. Your aircraft is armed with JDAM's to give it a change to gets weapons on target while flying close to enemy ground forces. Destroy the target and get back to base safely.

The city of Jahrom, southeast of Shiraz, is connected to both Bandar Abbas and Bushr by Iran's main highways. These roads also route through Lar and Sirjan. Destroying storage facilities in this city will likely have wide reaching effects on the Iranian military's stores and ammo capacity.

This fact is not lost on the Iranians as they have put up a considerable SAM net around the region. Low altitude penetration is recommended to reach the target. The target in question is a large warehouse in the northeastern part of the city, marked by waypoint 11.

A route has been laid out to minimize exposure to enemy air defenses. Once you reach the valley leading into the city marked by waypoints 9 and 10, climb to extend bomb range and then pull out to the south immediately. Your aircraft is armed with 2 GBU-31 bombs.

Your flight will be assisted by SEAD and CAP flights, and a diversionary strike is being launched ahead of you against Lar in order to distract and split Iranian defenses. You should be relatively safe from enemy action except for the immediate defenses around Jahrom. We know a SA-11 is in the area. We also highly suspect the presence of Rapier positions and mobile SA-8 SAM's. Keep your speed up and remember to maneuver on the way out.

You will start on the east apron. Taxi east to end of taxiway and then turn north onto runway 27. Taxi time is 12:28.