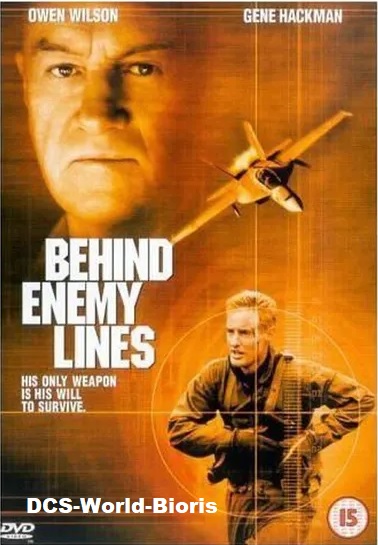 - With the music of the movie.

- 1994, during the war in Bosnia, two United States Navy F/A-18 Hornet pilots, sent on a NATO reconnaissance mission over the former Yugoslavia, took the initiative to fly over the no-fly zone and are shot down. One of them survives, but discovers a mass grave.

- ASSIGNMENT :
==========
- Destroy the SAMs.
- Eliminate any threat on the ground to protect our pilot.
- Recover our pilot in enemy territory using a Huey helicopter at the location of his ejection seat.
- Drop off the pilot at the HELIPORT and NOT on the aircraft carrier.