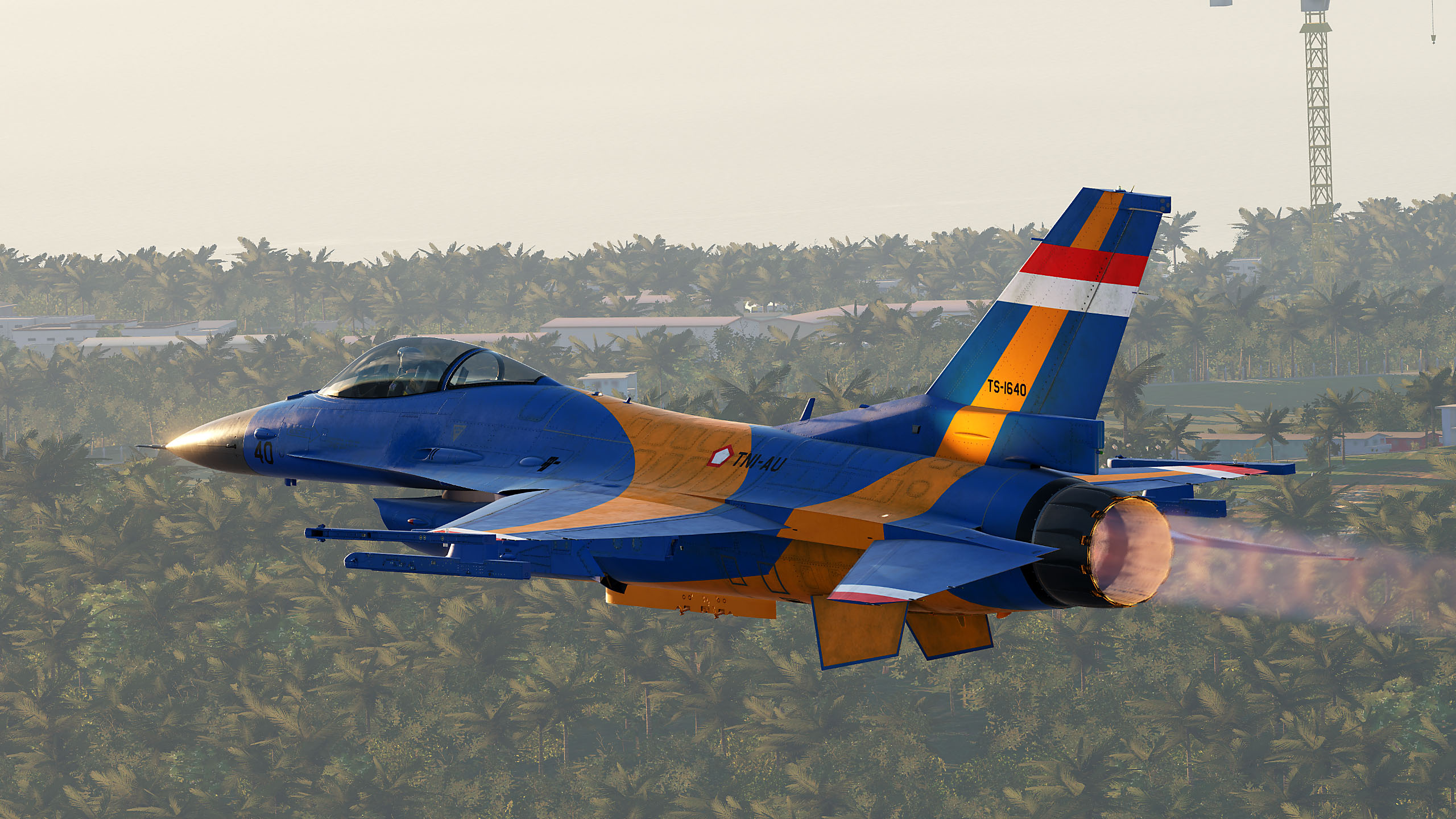 Seen its first action in the skies of Halim Perdanakusuma on 5 October 1995 to mark the 50th anniversary of the Indonesia Armed Forces, the Elang Biru Aerobatic Team flew six F-16's. However, the team was disbanded in the early 2000s due to the Asian financial crisis. By 2001 the team merged with Jupiter Aerobatic Team, becoming Jupiter Blue.

---Author's Note---
Special thanks to !Arc that guides the author to paint his first skin in Adobe PS, also helps the author to complete the skin
Thanks to FintenDamian that took these pics.
Tags: AURI, Indonesia, Indonesian Air Force, Historical Skin
FOLLOW US