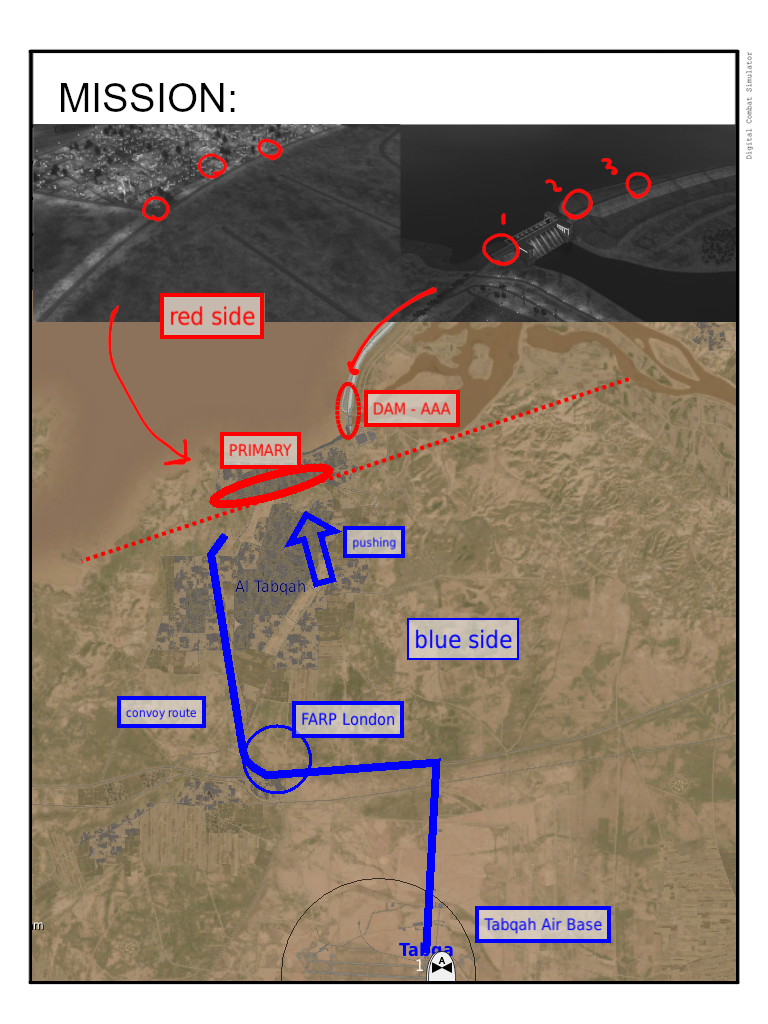 Type - Single mission
Author - massun92
-  July 21 2016 - ( Fictional ) The Coalition for the freedom of Syria (CFS) take control of the airbase of Tabqah (under control of ISIS) and now is fighting in the City. The coalition will send a convoy to eliminate the insurgents over the north of the city and the dam. The US army will give them support from the air with two AH-64D Apaches that have to destroy enemys position before the convoy reach the front, and provide some CAS.
There is a JTAC waiting to give you directions and you have a FARP (LON) to ream/refuel.

It´s a super short mission, direct to the action. Total time 45 minutes to win. You can loose if the convoy is destroyed. Its great to practice with the Apache and flight if you dont have a lot of time.