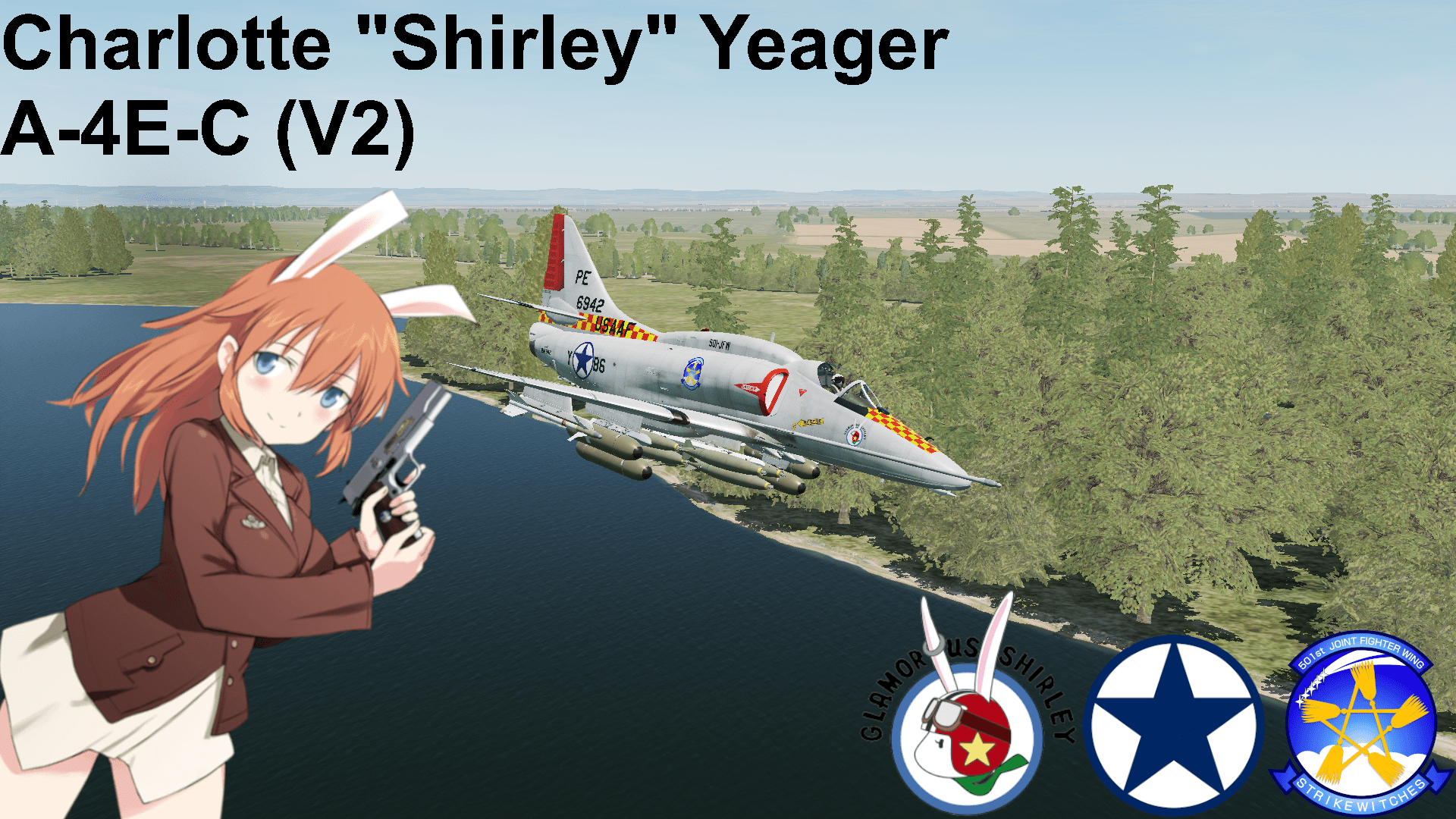 Type - Skin
Uploaded by - JakeTheLegit
(IMPORTANT: I HAVE REPLACED THE ORIGINAL FILE WITH A NEW VERSION OF THE SKIN. In the original version of the skin, the identification/squadron numbers on the sides of the aircraft were formatted incorrectly. I have updated the skin so that the formatting is the same as on a WW2 aircraft, as originally intended. Please install the new version.) Charlotte "Shirley" Yeager skin for the community A-4E-C mod, which is based off of her striker unit.

This skin is for the community A-4E-C mod, which you can download here: https://08jne01.github.io/community-a4e-c/

I'm incredibly proud of how this skin turned out. It took me 5 days to finish, but I'm pretty happy with my work. It's definitely a massive improvement from when I was making my first skin by slapping pngs and text boxes over the single layer dds file of a skin from the base game.

I've included a cockpit picture in the zip file, which you can use by placing the "a4e_cockpit_photo.png" file in C:\Users\[username]\Saved Games\DCS\Mods\aircraft\A-4E-C\Cockpit\Textures, and overwriting the existing file that has the same name. The art is some Fumikane Shimada art that I decided to permenantly borrow from Danbooru.
Tags: world witches, strike witches, charlotte yeager, charlotte e yeager, shirley, A-4, A-4E, A-4E-C, a4, a4e, a4ec
FOLLOW US