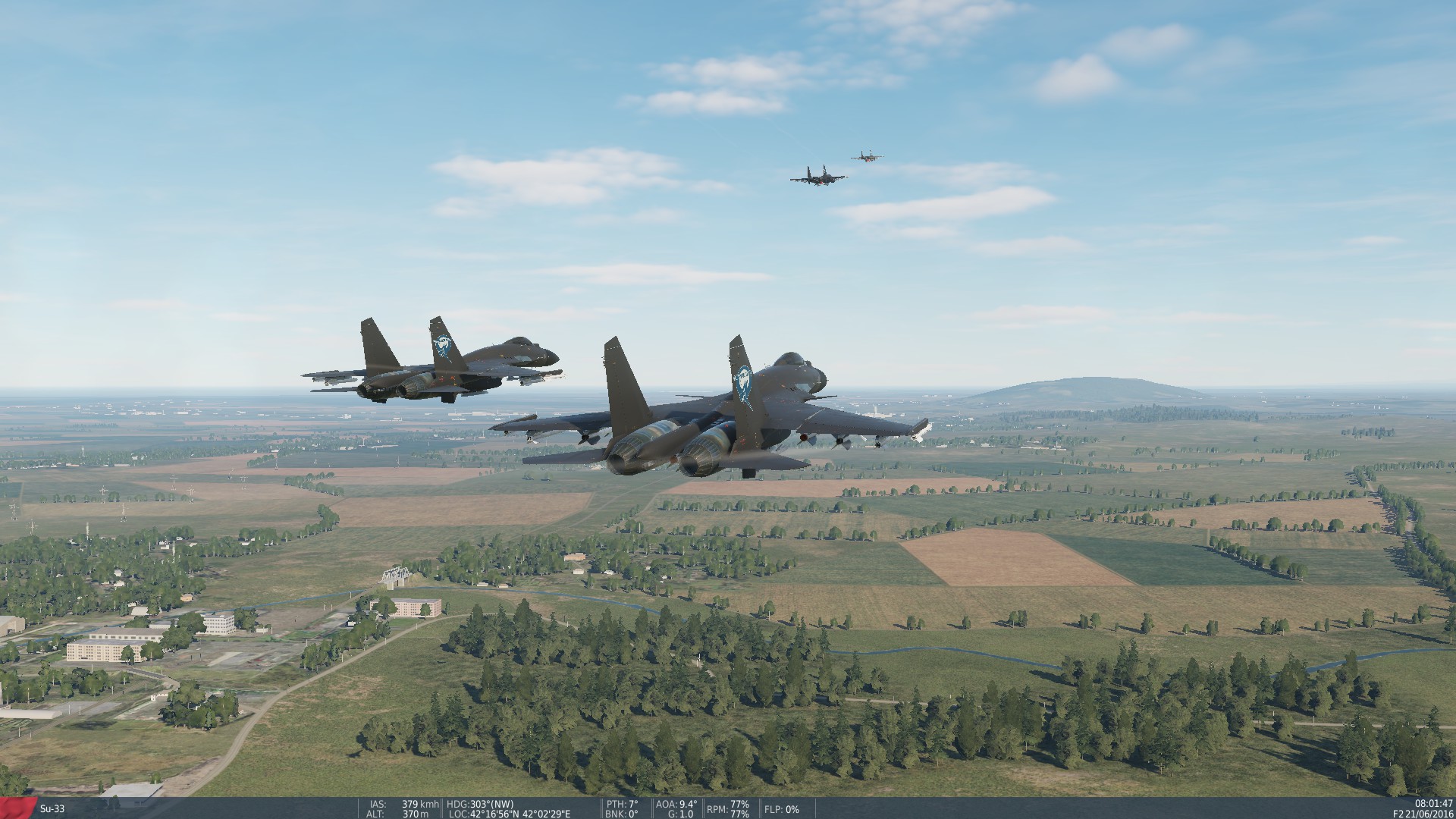 Type - Skin
Author - Zeithri
When this revolution is complete,
we--no, all mankind will have powers
far greater than these!
- Ouroboros Message

Ouroboros is the fourth faction in Ace Combat 3: Electrosphere that's revealed to have been working on the sidelines, aiming to create a revolution to force humanity into Sublimation, the act of creating a "DEAD-COPY" of you inside the Electrosphere.

So naturally I had to make their very obvious black skinned planes with the logo on the tailfin.
This pack contains 3 variations.

The first variation, in which it retains the color variations of the Su-33 but black and a different placement of the logo.
The second variation which takes inspiration from General Resource's F-15 S/MTD and Neucom's R-103 Delphinus, with it's white underside and black top side, and the fading of one color to the other.
And the third color choice which is just mat-black that I envisioned being a 'brand new' one.

My suggestion is to set up a custom Mission with four of these as Aces and take them all out as UPEO.
Or reverse, engage four UPEO aces as a solitary Ouroboros member.

Just as my UPEO pack, best used with Coalition Forces.