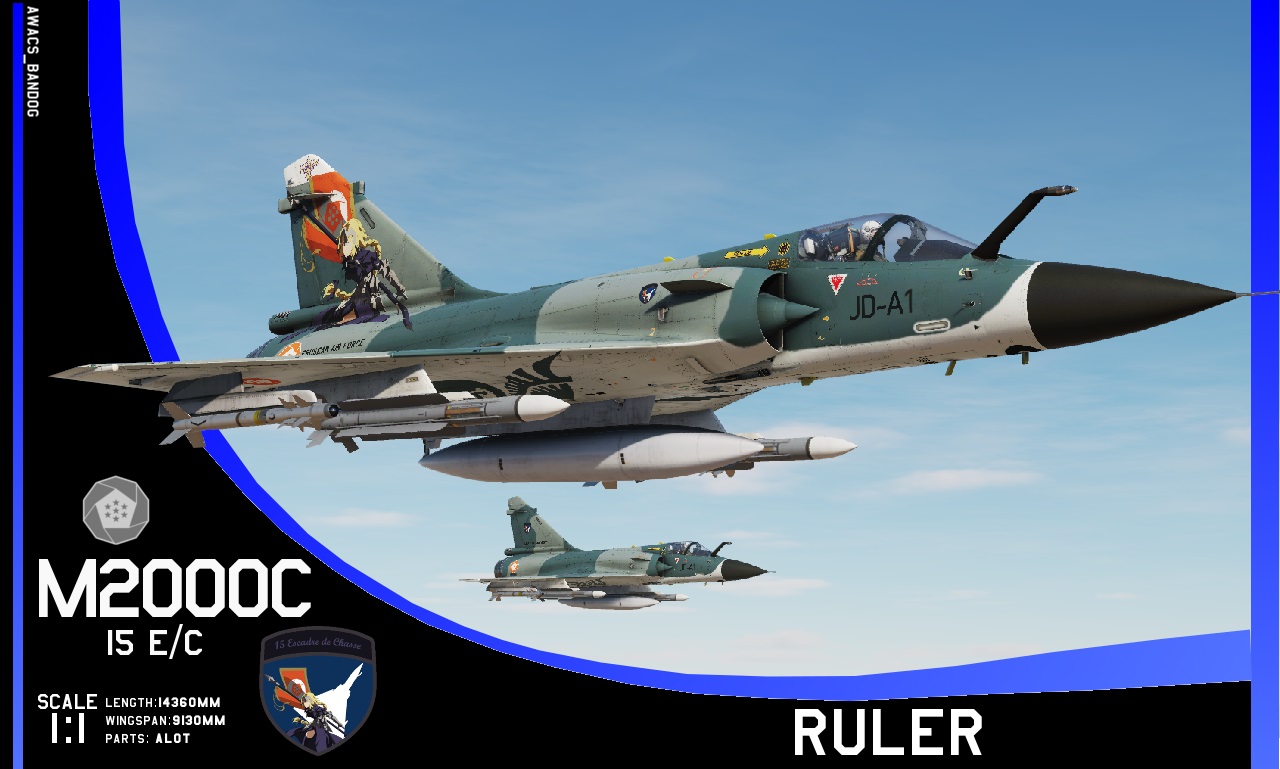 Following the Continental War and the collapse of the Federal Republic of Erusea, the Squadron would be resurrected to fly once again. Today the Ruler’s dominate the skies of Erusea in their Mirage 2000 fighter-interceptors, ready to challenge any unlucky foe that crosses their path.


Yet another shot at an existing Skin I did previously.

This was inspired by the Fate/ series. Please contact me on Discord at AWACS_BANDOG#7420 for any questions or bug-reports, thanks!
Tags: Ace Combat, Fate, Ruler, mirage 2000 c, Mirage, Jeanne D'Arc, Erusea, Erusean Air Force
FOLLOW US