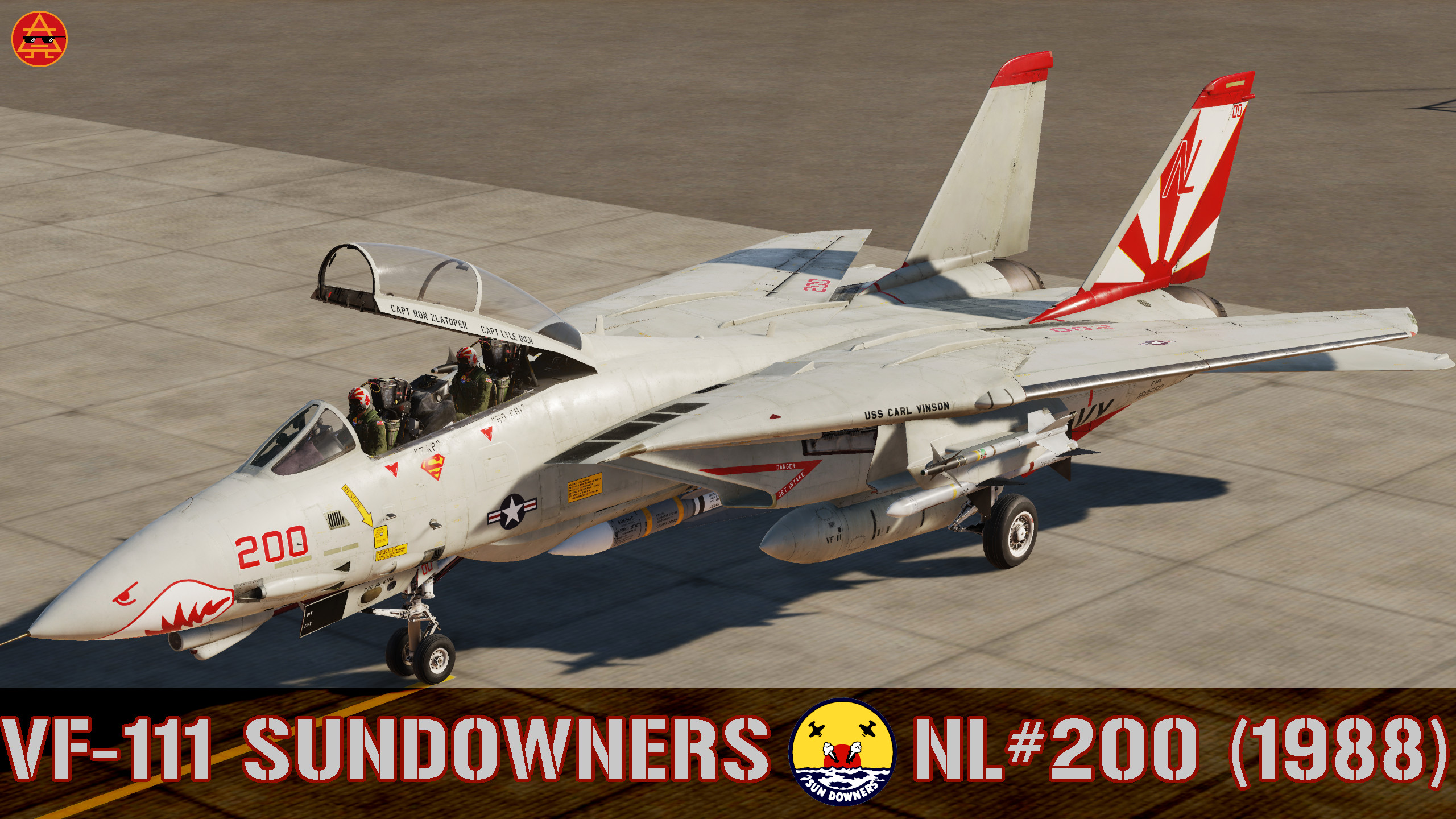 VF-111 "SUNDOWNERS" was a US Navy Pacific coast fighter squadron based out of NAS Miramar, CA. Their aircraft are known for the distinctive sunburst pattern which can be found on most of their aircraft throughout their history. VF-111 was (re)established in 1964 and disestablished in 1995. Aircraft flown by this squadron include the F-11, F-8, F-4, and finally the F-14. During the time that they operated the F-14 Tomcat, VF-111 was attached to US Pacific Fleet Carrier Air Wing 15, which flies the tail code "NL". VFC-111 currently carries on the SUNDOWNER name and tradition as an adversary aggressor squadron flying the F-5 out of NAS Key West.

After returning from the NORPAC cruise in early 1987, NL#200 was repainted and featured a return to the full tail sunburst pattern. The line aircraft retained their subdued tactical grey paint scheme with the sunburst pattern limited to the rudder only until the disestablishment of the squadron. The "Superman S" was featured on this aircraft during this period in reference to the US NAVY's change of the CAG rank to a Captain's billet. These CAG's were nicknamed "Super CAGs", and the Superman symbol would sometimes be featured on a squadron's CAG jet during this period. Few photo references to this livery exist, and as such there are certain areas which borrow from adjacent period designs from this squadron. This tomcat would eventually be transferred to VF-51 and lost in 1992 during a landing accident aboard the USS Ranger.