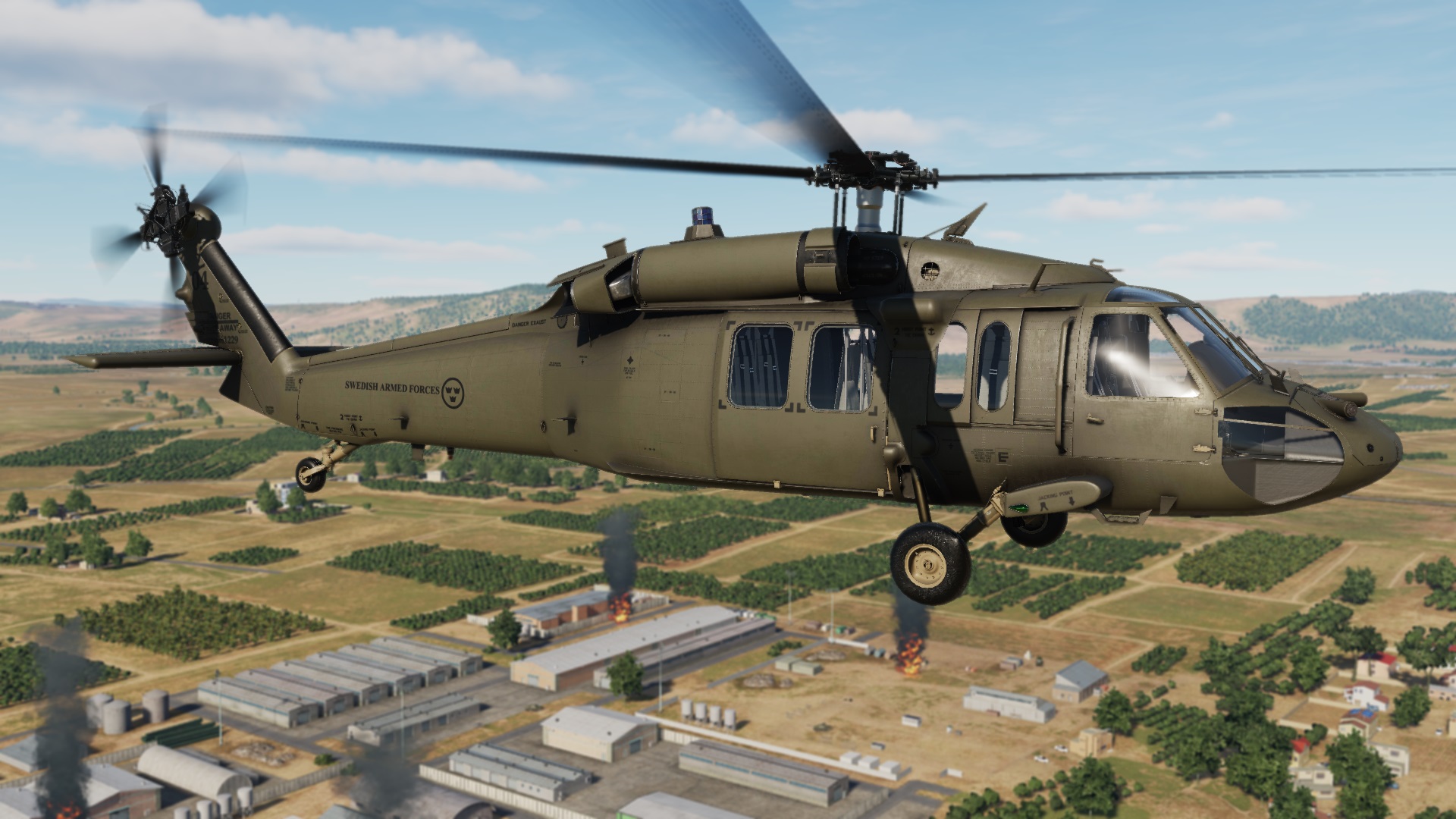 This livery is for v.1.0 of the UH-60L Mod made with my unofficial template. I will update once they release the full version later on.
Based on the United States Coast Guard MH-60T Jayhawk tail number 6042. This helicopter has the USCG 100 year ceremonial anniversary paint scheme.
Livery credit: Whisky.Actual,
Original textures: Cubeboy
Cleaned-up normals: Scorch71
Tags: UH60L, UH-60L, UH-60L Mod, SwAF, Swedish Air Force
FOLLOW US