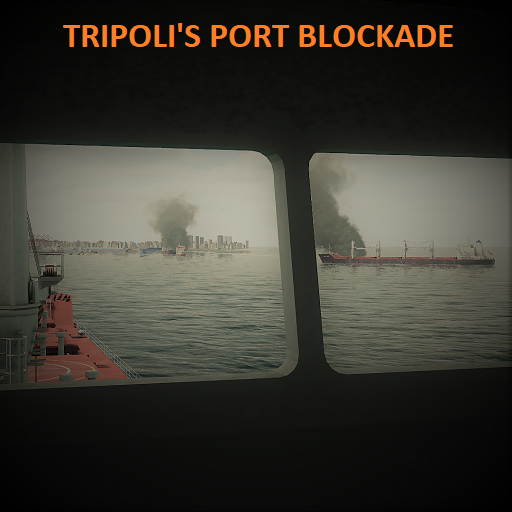 Type - Multiplayer mission
Author - freeping89
The Port of Tripoli has been blockaded by insurgents. Early this morning the rebels have stolen armored vehicles and drove them onto the port's seawalls. Negotiations have failed and the insurgents have decided to shoot at passing ships.

As a result, two ships are now on fire and jamming the port's only entry. Rescue teams approaching the blockade have reported being shot at.

Mi-24P gunships have been called in to rapidly regain security so that rescue operations can begin.


Designer's notes:
-This mission supports up to 3 gunships.
-Can be played in single player. Double click on any aircraft in the list to spawn.
-You will start in the parking spot with the engines running.
-Look for messages in the top right hand side of the screen that will provide further instructions as the mission progresses.

Primary Objective:
Fly to Waypoint 1 and confirm if the blockaders are hostile. If fired upon, you are cleared hot. Assist with the rescue.

Bonus Objective:
Waypoint 2 is the location of a mountain top mineral processing site that the insurgents have captured last week. If you remain mission capable after securing the port, engage this site as well.