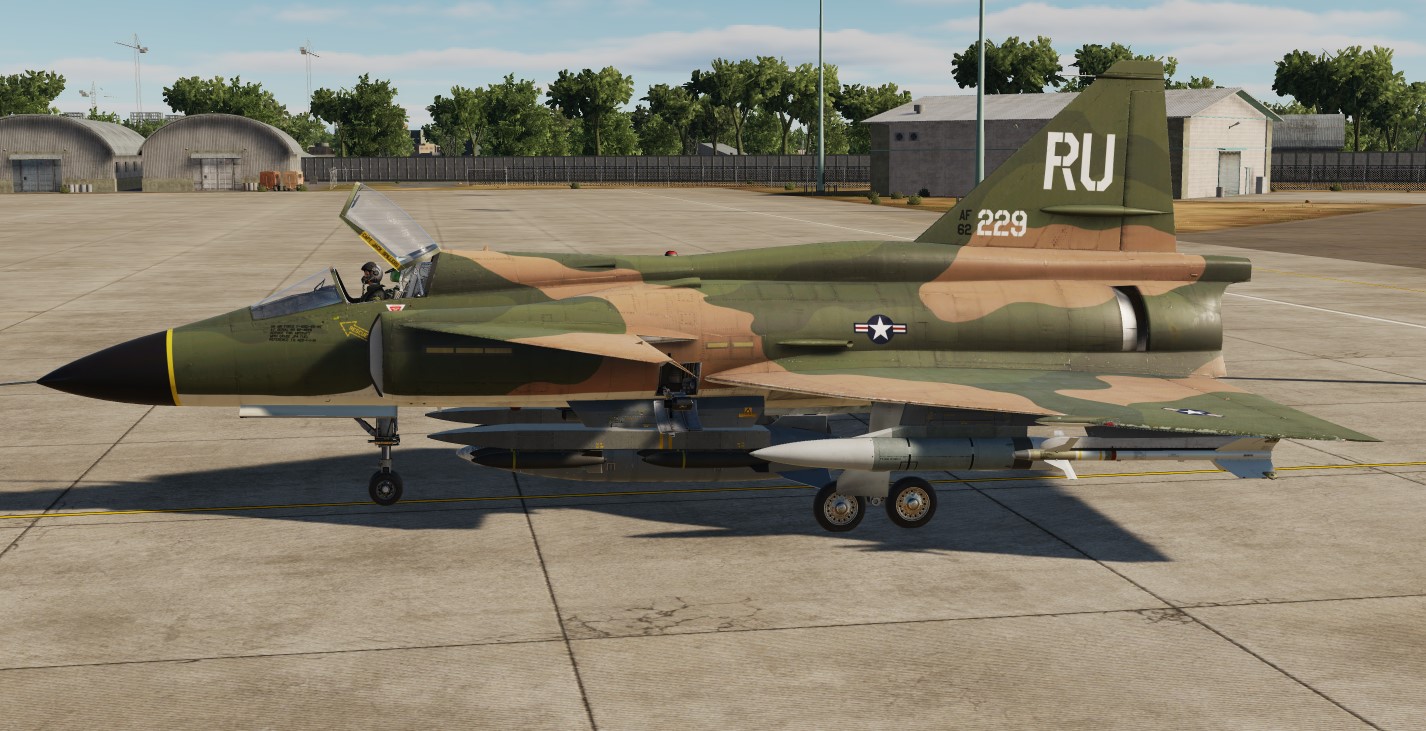 Type - Skin
Author - Marsvinet
A South East Asia (SEA) camouflage for the AJS-37, based on the camouflage that the F-105 Thunderchief carried during the Vietnam war

A project I made to get my own budget F-105 Thunderchief in DCS. I stopped making it when I could not produce satisfactory textures for the external tank and pylons. The master project files has since been lost in a programming incident involving deletion of many corrupted livery files. This livery WILL be remade with the updated paint kit to come for the AJS-37, hopefully with pylons and external tank.