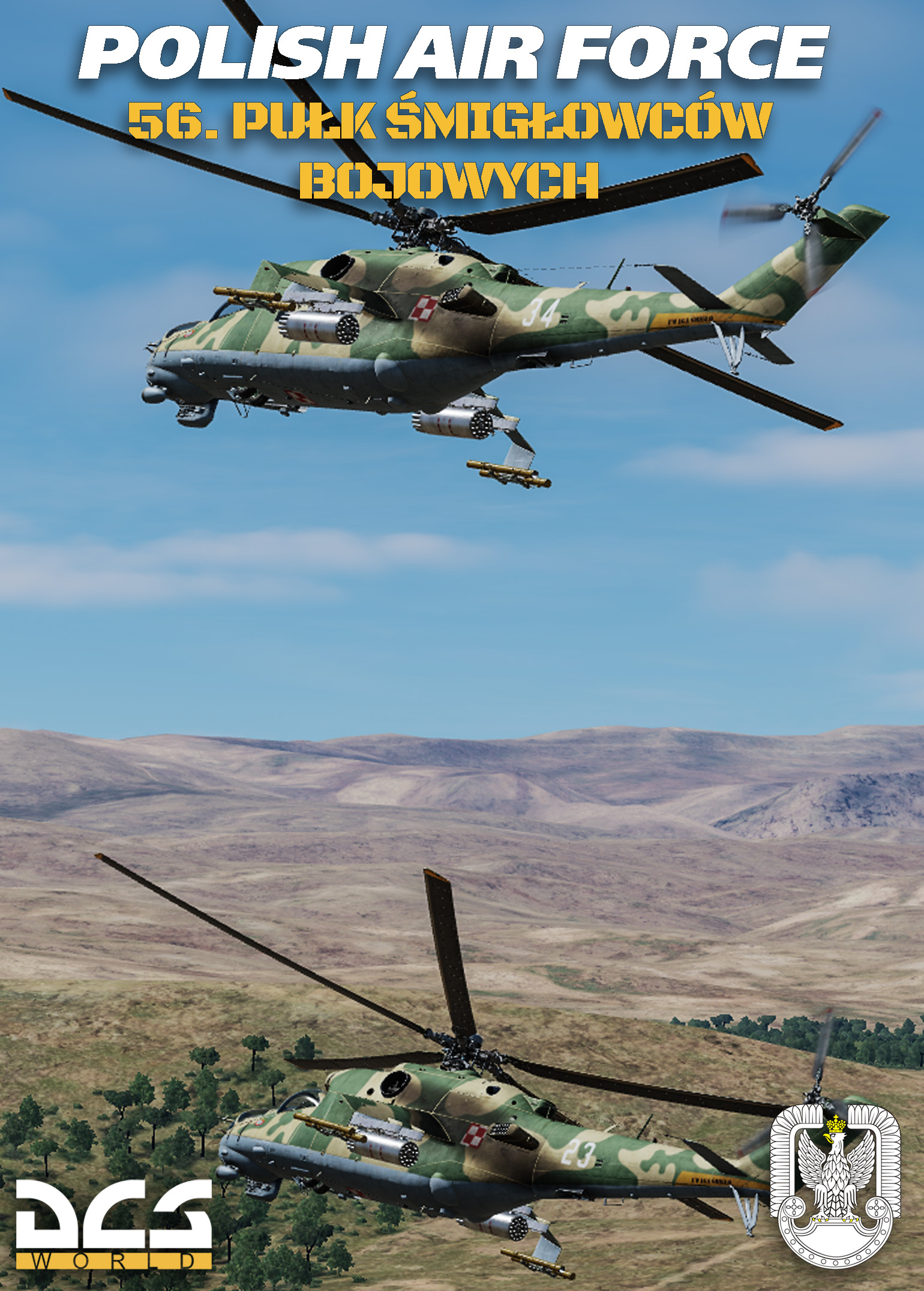 In accordance with the order of the Chief of the General Staff of June 22, 1995 and the order of the WLOP commander No. 82 of July 18, 1995, the 56th Regiment was transferred on October 27, 1995 to subordinate the Pomeranian Military District. In 1996, the unit received a banner funded by the society of Inowrocław, and the distinguishing name "Kujawski". On December 12, 1997 the position of the regiment commander was taken over by Col. pil. Jan Bocianowski. The following years are a period of training and the hardships of everyday service. In September 2001, the regiment's subordination changed once again, the regiment was subordinated to the 2nd Mechanized Corps and has a structure: three attack helicopter squadrons (including one on the Mi-24W and two on the Mi-2), one multi-task squadron (Mi-2) command battalion, flight security battalion. On May 28, 2002, another change of the commander, the new commander was Colonel pil. Stanisław Ciołek, also this year the regiment took part in several large exercises, incl. "Victory Strike III", "Cannon Cloud 2". In January 2004, by the order of the Chief of the General Staff of the Polish Armed Forces No. 18 / Org. on January 20, 2004, it became a unit directly reporting to the Command of the Land Forces. From November 7, 2005, the commander of the unit becomes Colonel pil. Zbigniew Rakoczy. In 2006, the regiment was assigned to separate forces within the Polish Military Contingent Iraq, the regiment's soldiers were stationed in the bases in Diwania and Al. Kut. Due to organizational changes in the Polish Armed Forces, in 2011 it was decided to form a new tactical union in the Land Forces that would bring together the entire air force of the Land Forces, therefore a decision was issued to dismantle the 56th Kujawski Regiment of Combat Helicopters by December 31, 2011 year, and on its basis it was decided to form the 56th Air Base, which is to become a sub-unit of the 1st Aviation Brigade of the Land Forces.
Tags: Mi-24. Mi-24P Mi-24Hind, Polish Air Force, poland, Hind, Mi-24P
FOLLOW US