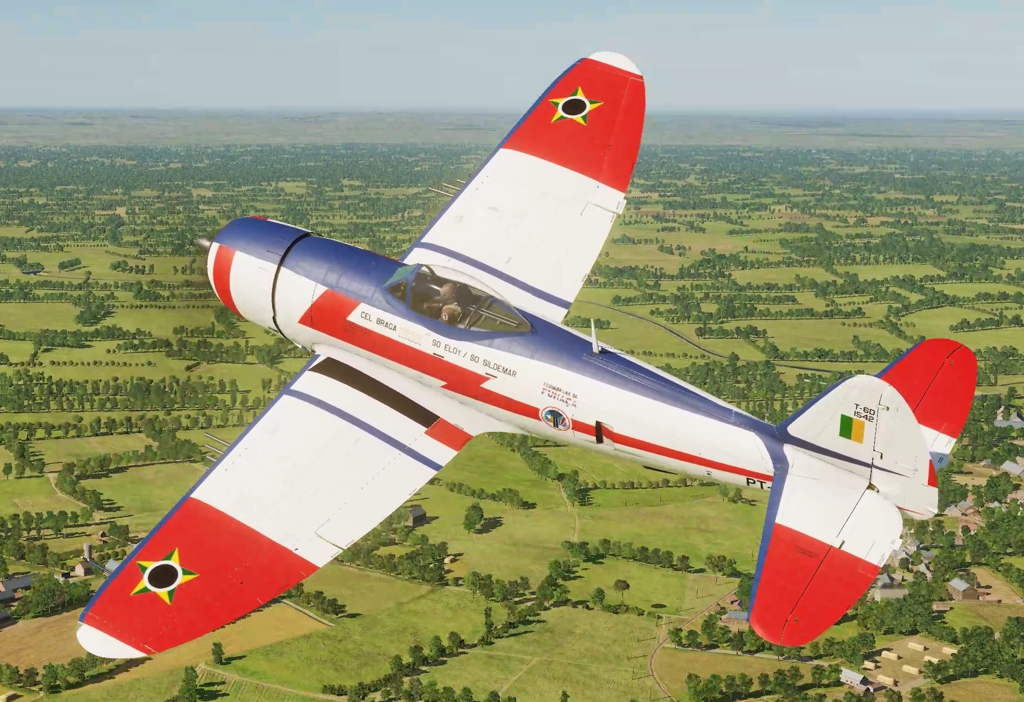 A bit of History:
Smoke Squadron is the popular name of the Brazilian Air Force Demonstration Squadron. Col Antonio Arthur "Braga"  was the pilot that has more hours flying the AT-6 and Commanded the Smoke Squadron for many years. Affectionally called "Chief" by many (including me), he was a very kind Commander and beloved by everybody. His demonstrations were breathtaking. He started flying in the Smoke Squadron in 1959 and the very next year he was leading it.
I had the opportunity to watch him flying many times and was mesmerized by his stick and rudder skills. He died December, 8th, 2003 and I attended his very emotional funeral. Of course, the Smoke Squadron flew over it.


About this Livery:
The livery is fictional because it was originally applied to a T-6, but it depicted on the P-47D as accurately as possible. His personal T-6, tail PT-TRB, is in the Brazilian Smoke Squadron Hangar, in the Brazilian Air Force Academy, Pirassununga, Brazil.

2nd Option
Extract the 1FAB-Cel Braga-T-6 folder to your C:\Users\"YourUserNameHere"\Saved Games\DCS.openbeta\Liveries\P-47D-30 folder
If you don't have that folder, you may create it.
Remember to double check your HD drive letter and Saved Games destination folder.