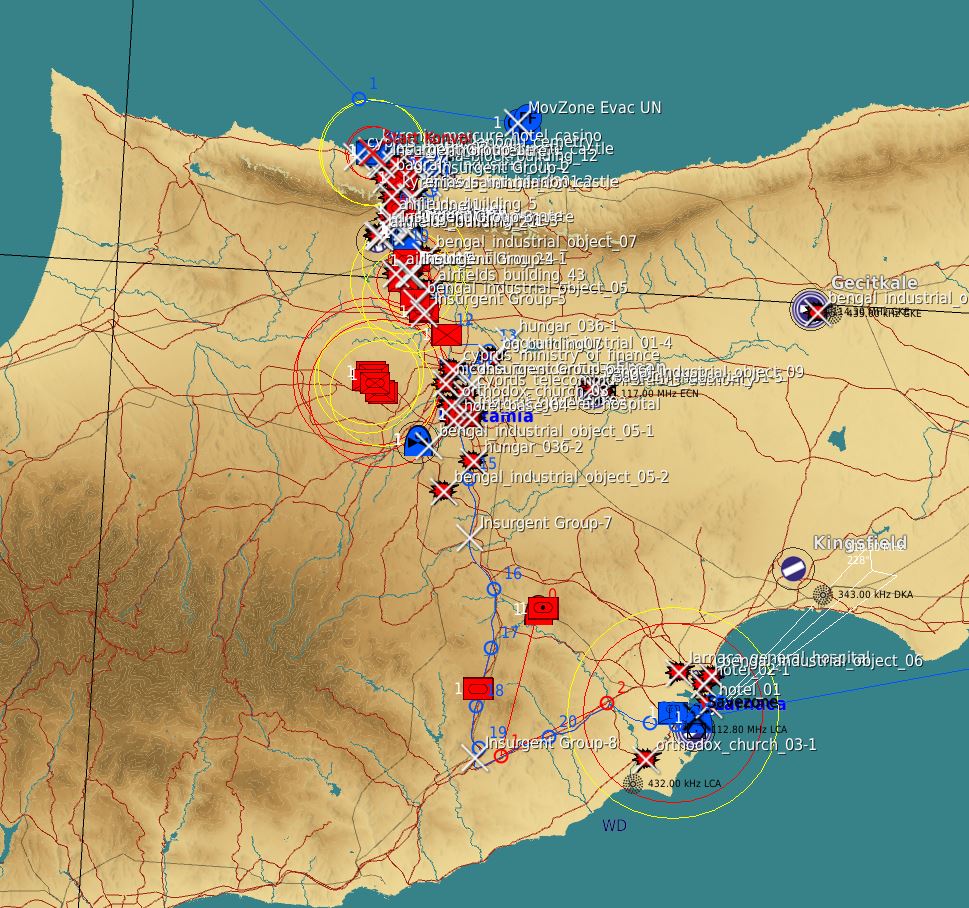 Last night, a number of coordinated attacks were carried out across the island of Cyprus on key points such as:

- Office of the President of Cyprus
- Ministry of Finance of Cyprus
- Nicosia Hospital
- Some Orthodox churches
- The Gecitkale, Ercan airfields and the abandoned Nicosia airport have been occupied by insurgents.

As a result, the UN decided to immediately withdraw all employees currently based on the island.

During this evacuation operation, some of the UH-1H located on site are used. Fortunately, the evacuation is also supported by some transport and attack helicopters from the Russian Army.


I recommend using the better smoke mod: https://www.digitalcombatsimulator.com/en/files/3316164/
(recommended but not needed)

Some UN employees could not escape in time and are stuck in the old castle ruins of Kyrenia.

Land on site and evacuate as many UN employees as possible!
A group of ships with a helicopter landing deck is available as an evacuation point off the north coast of Cyprus.

When you are done with your task, the Mi-24 and KA-50 squadrons would appreciate your support!

Set off towards the Kyrenia Mercure Hotel and as soon as the convoy has visual contact with you, it will start moving. Escort and protect the convoy on its way to Larnaca Airport!