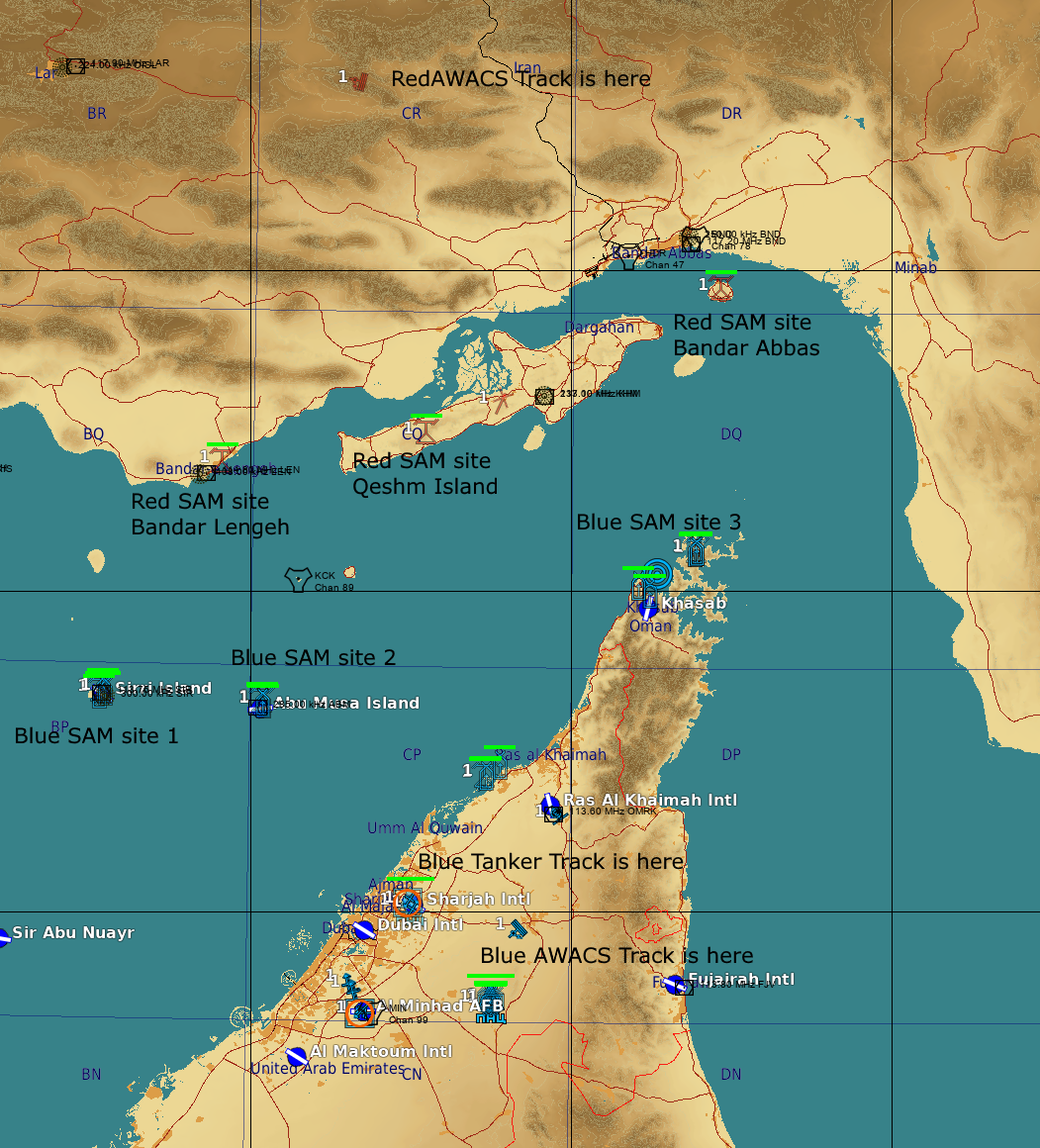 You have a choice of flying the F-15C or Grinnelli’s F-22A on this air-to-air mission. You and your wingman can start hot on the ramp at Al Minhad AFB / Sharjab Intl / Khasab or in the air northeast of Sharjab at 35,000 feet.

At mission start 2 AI F-22s will scramble from Al Minhad towards Iran. After the initial scramble you must fly subsequent intercept missions yourself. As friendly aircraft enter Iranian airspace Iranian Mig-29s will scramble from Bandar Abbas to intercept. Iranian SU-25Ts will also begin SEAD operations against blue SAM sites.

Once Iranian fighter aircraft are detected in the Bandar Abbas area, Command Center will activate and you can select: Radio Menu > Other > Command Center > Assign Task. You will be assigned an intercept mission and get a constantly updated BRA position report as you fly towards the target aircraft.

If you require assistance from other intercept aircraft:  Radio Menu > Other > Request Intercept to scramble F-22s or F15s from Al Minhad (MIN) or Sharjab (SHA).

Escort missions available:
There are also 3 blue SEAD missions planned. Pick a SEAD mission and provide additional escort protection across the Persian Gulf to Iranian SAM sites. Radio Menu > Other > Air Tasking Request > Execute SEAD attack. Rendezvous with the SEAD package over Al Minhad AFB between 6000 and 7000 feet and escort to their targets and back.

Tanker support:
There is a tanker on a 30 mile east-west track near Ras Al Khaimah at 25,000 feet

@khopa and the DCS Liberation Dev Team for creating the CJTF coalition. This allows you to use any vehicle or aircraft in any coalition.