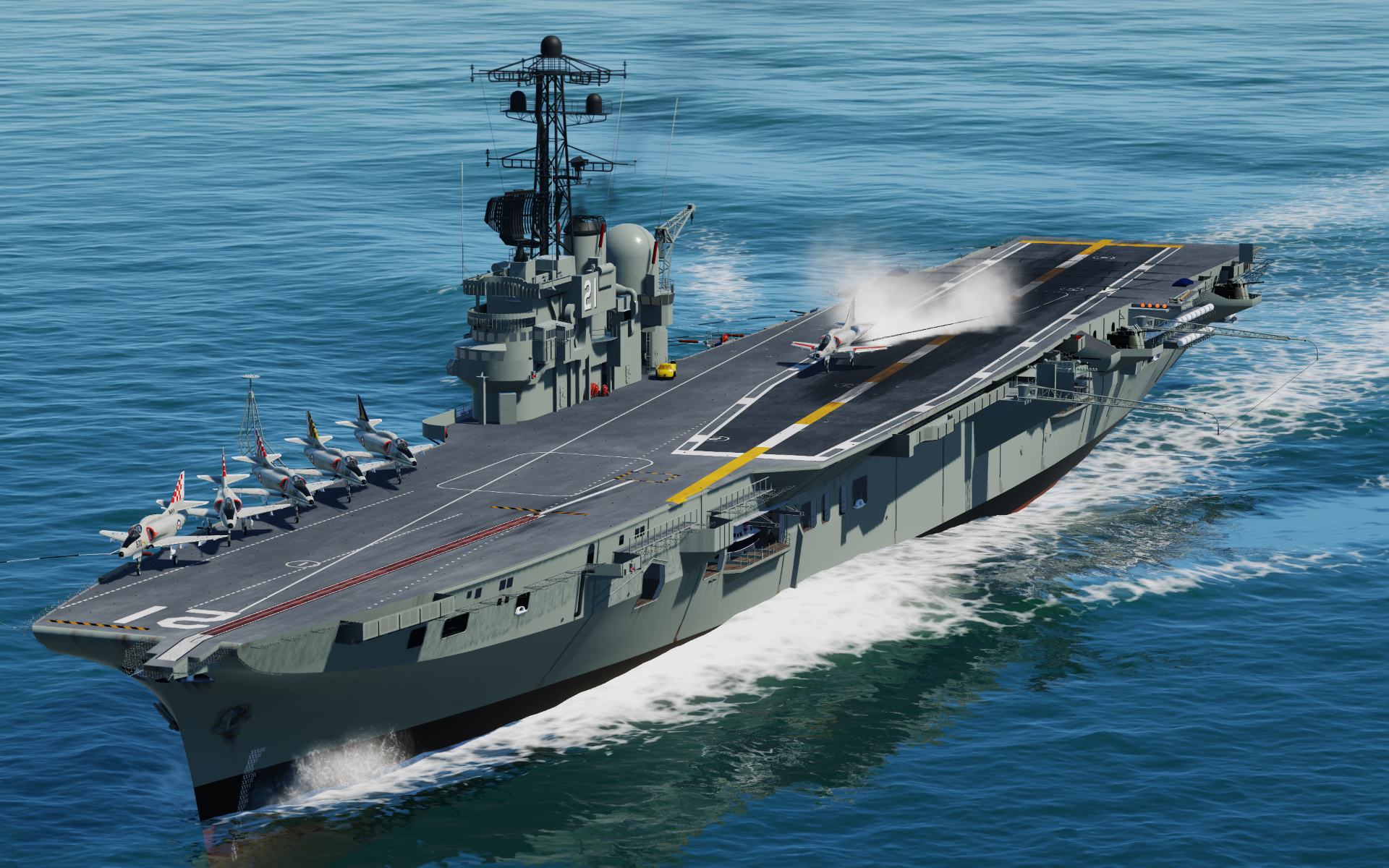 Type - Mod
Author - Bungo
The Royal Australian Navy's last fixed wing aircraft carrier.  Commisioned in 1955, and decommissioned 1982, the HMAS Melbourne was one of the many carriers based on the 1942 Light Fleet Carrier specification comprising the Colossus and Majestic class carriers, which equiped the navies of Argentina, Australia, Brazil, Canada, France, India, and the Netherlands, the last being decomissioned in 2001.
She operated Sea Vixen, Gannet, A-4G Skyhawk & S-2G Tracker fixed wing aircraft, and Sycamore, Wessex, and Sea King helicopters in her 27 year service with the RAN.
**This is part 1 of 2**  Both files are required.


To find part 2 of 2, follow this link to all my liveries and mods and it will be in the list.

Place both files into Saved Games\DCS[,openbeta] and extract both there.  Read the RELEASE-NOTES.TXT and LICENCE.TXT and Copyright notice included with the mod for explainations and limitations.

Liveries included for a range of other Majectic, Colossus, and Centaur class carriers as fixed wing (CATOBAR) and ASW/LPH Helicopter carriers.

Includes fixes for some AI catapult and taxi behaviour, the inability to grab the arrestor wires for some users, and minor model enhancements.