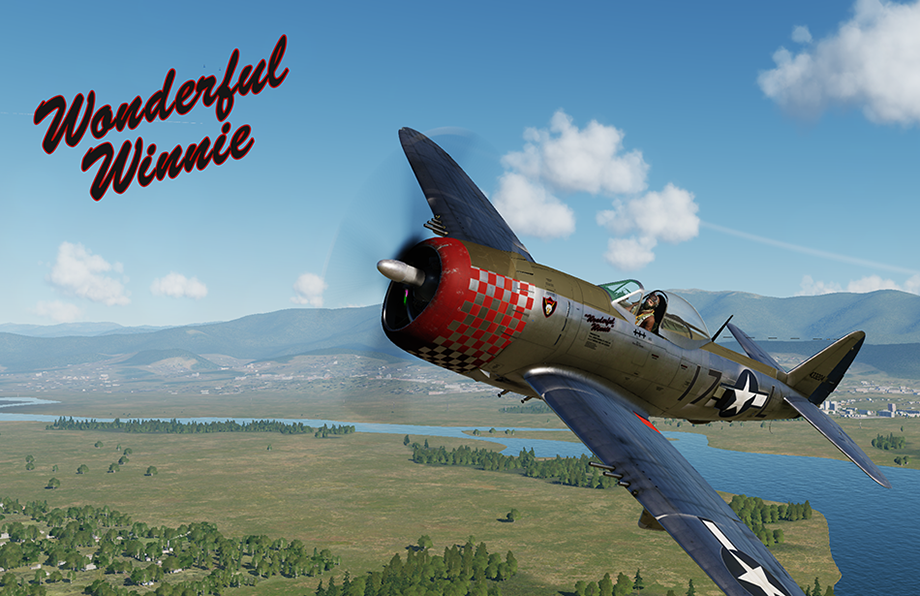 Don was born August 30, 1922 in Carp Lake, Michigan to Henry and Lillian Marie Archer. During World War II he served in combat in the 493rd Fighter Squadron,
48th Fighter Group, Ninth Air Force and completed 89 missions, starting at Utah Beach in France and ending in Germany.

He was decorated with the Distinguished Flying Cross, the Air Medal and also was decorated by the Belgian government for his fighting above the Battle of the Bulge.
Later he spent several Air Force years in Peru, Brazil and Nicaragua.
He graduated from San Jose State University and became the President of Harry L. Murphy Inc. Carpets of San Jose, CA. He married Winifred Graf at the Mission in Carmel, CA.

This skin is a tribute to Don Archer from his virtual flying friends and colleagues of RAF622 Squadron,
This skin was ported into DCS at request of his friend and colleague, Jens Voigt (RAF_Loke) as a fitting tribute to Don, his military service
and camaraderie in the virtual skies following retirement from active service.
Tags: P-47D, Thunderbolt, Replica
FOLLOW US