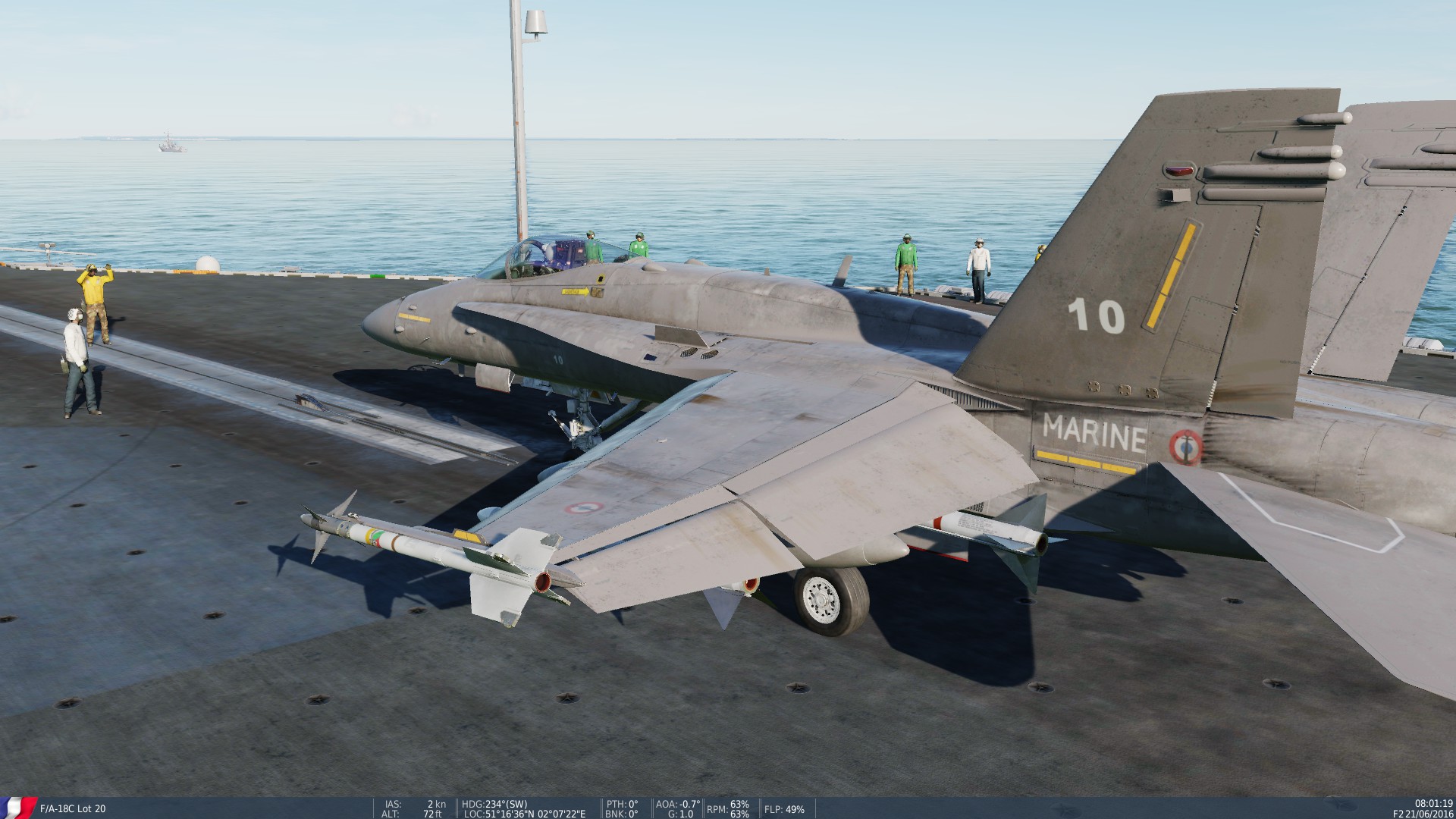 Type - Skin
Author - TheKenji2221
For my very first livery in DCS, I wanted a Rafale M inspired livery for the F/A-18C for the French faction.
So there it is !

- Changed the nose number position. It's slightly smaller but it's right under the cockpit like on the Rafale. I sadly can't change the size as it's hardcoded in the FA18 module.
- Added the number on the right wing.
- You can only have a number between 0 and 99.
- Fixed the radios color. They were too bright.

Font updated to something closer to the real aircraft.

Most of the plane is done, other than some details and the typo, all is done.
The fuel tanks are the right color.
The nose is the right color and material.