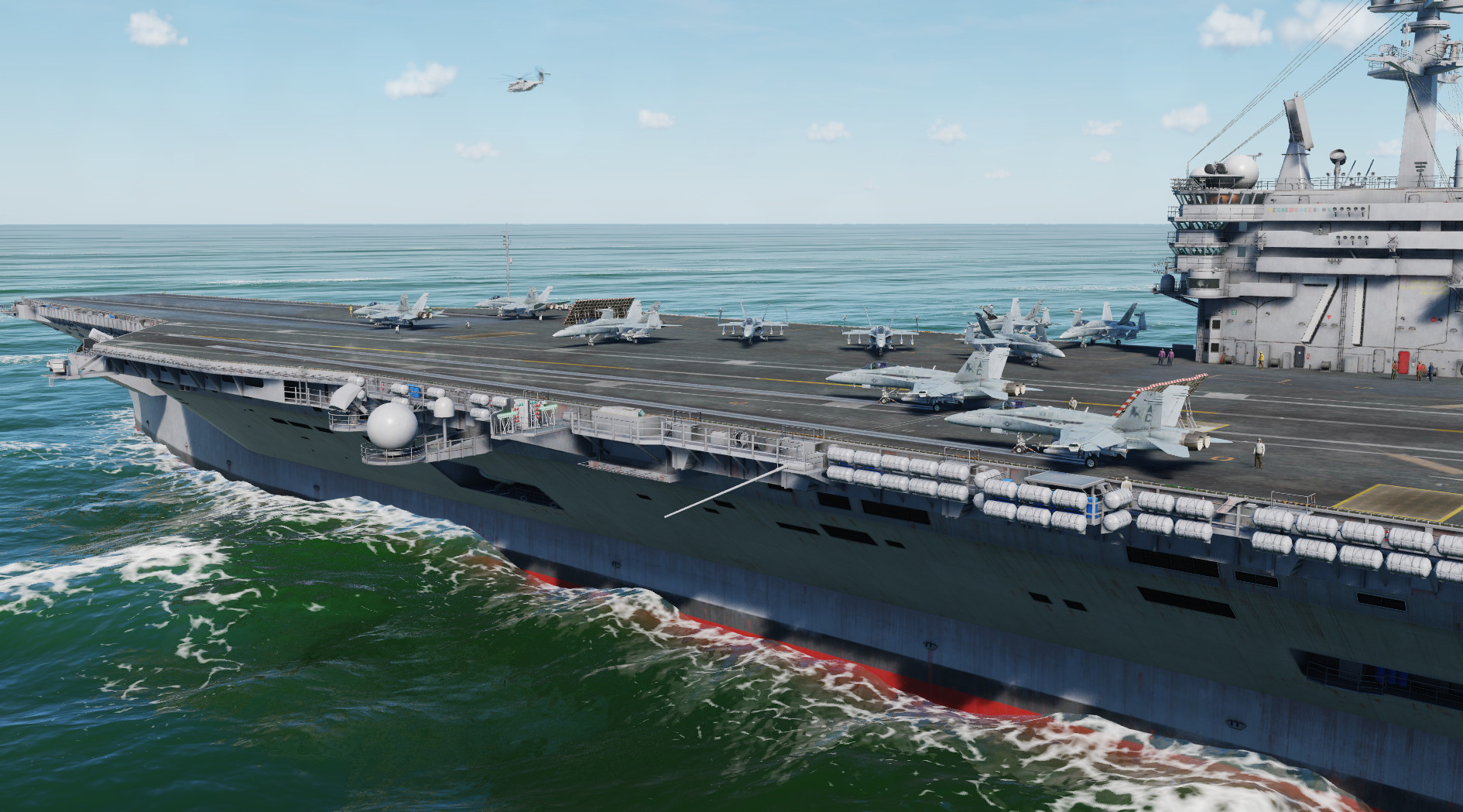 The "Battle of Bubiyan" wasn't much of a battle. 21 (out of 22) Iraqi naval vessels were sunk while fleeing to the safety of Iranian waters.

British and American helicopters, along with American and Canadian attack aircraft sank the ships over a 13 hour period. There were no allied losses.

Note: This is a not-at-all historically accurate. The geography is correct, but everything else is fiction. I added a couple of SAM-armed ships for jammer testing.
Tags: F18 Hornet, desert storm, Persian Gulf Map, MAVERICK AGM-65F, Stennis
FOLLOW US