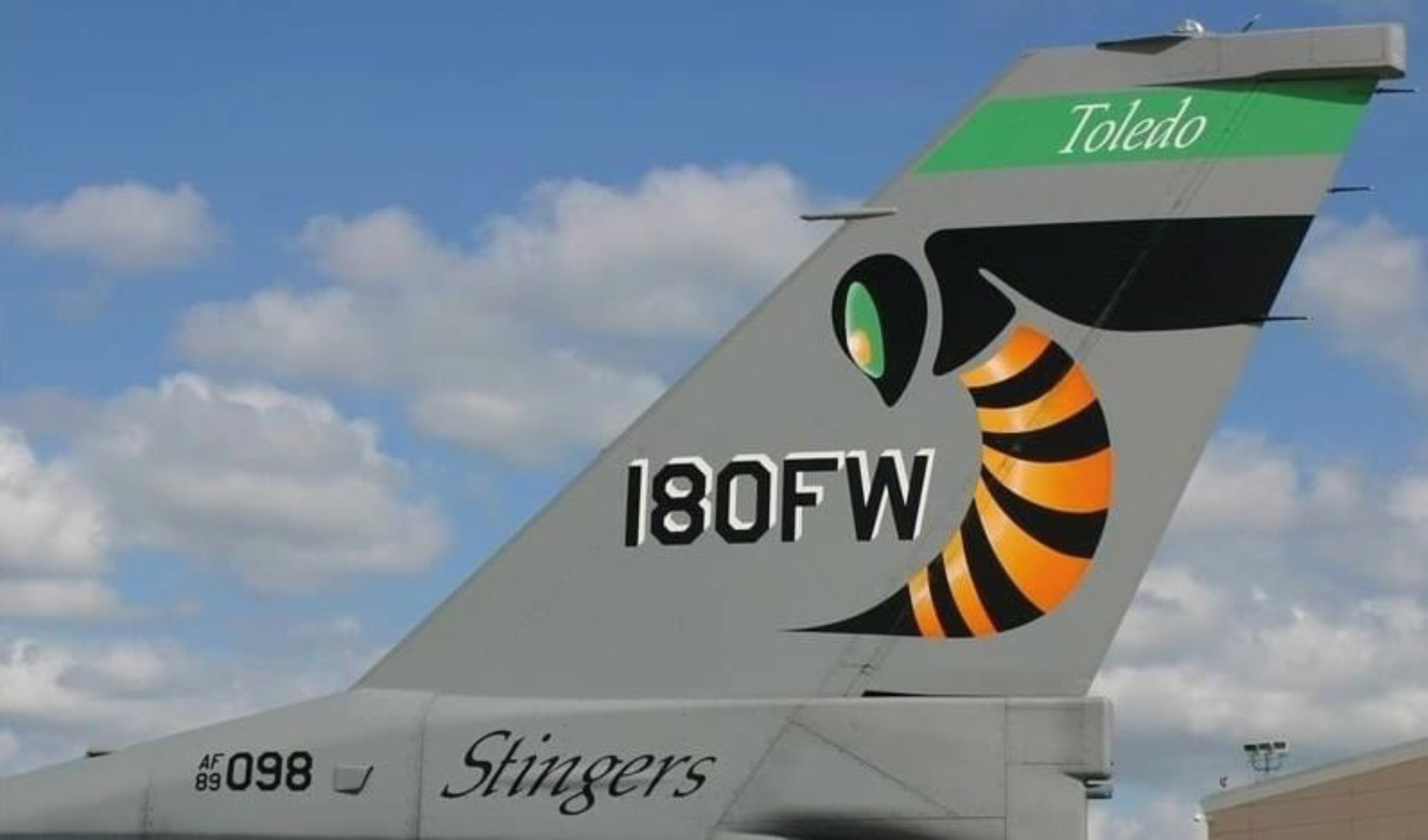 
One of the coolest F-16 Viper paint jobs on dcs-world.com. This is a real Viper from Toledo Ohio.

Located at the Toledo Express Airport in Northwest Ohio, the 180th Fighter Wing is uniquely positioned for future endeavors to include joint basing initiatives. As U.S. Forces engage worldwide in a war against terror, the need for a joint, integrated military force will continue to be essential for success.
Northwest Ohio offers convenient access to an extensive interstate highway system, one of the most active railroad centers in the country and one of the largest seaports on the Great Lakes. The local regional airport serves as a air freight transportation and distribution center.
The 180th Fighter Wing base and infrastructure has been designed and constructed to support the current and future fighter aircraft needed for America’s security and defense. The base is fully capable of supporting fighter aircraft operations and maintenance with little or no expansion. The base’s master plan has incorporated potential and future aircraft and missions and has made provisions to accommodate those airframes with minimal impact. In the event of future and joint missions, the base has the ability to accommodate many functions on its existing footprint, but also has ample, suitable land available for expansion.