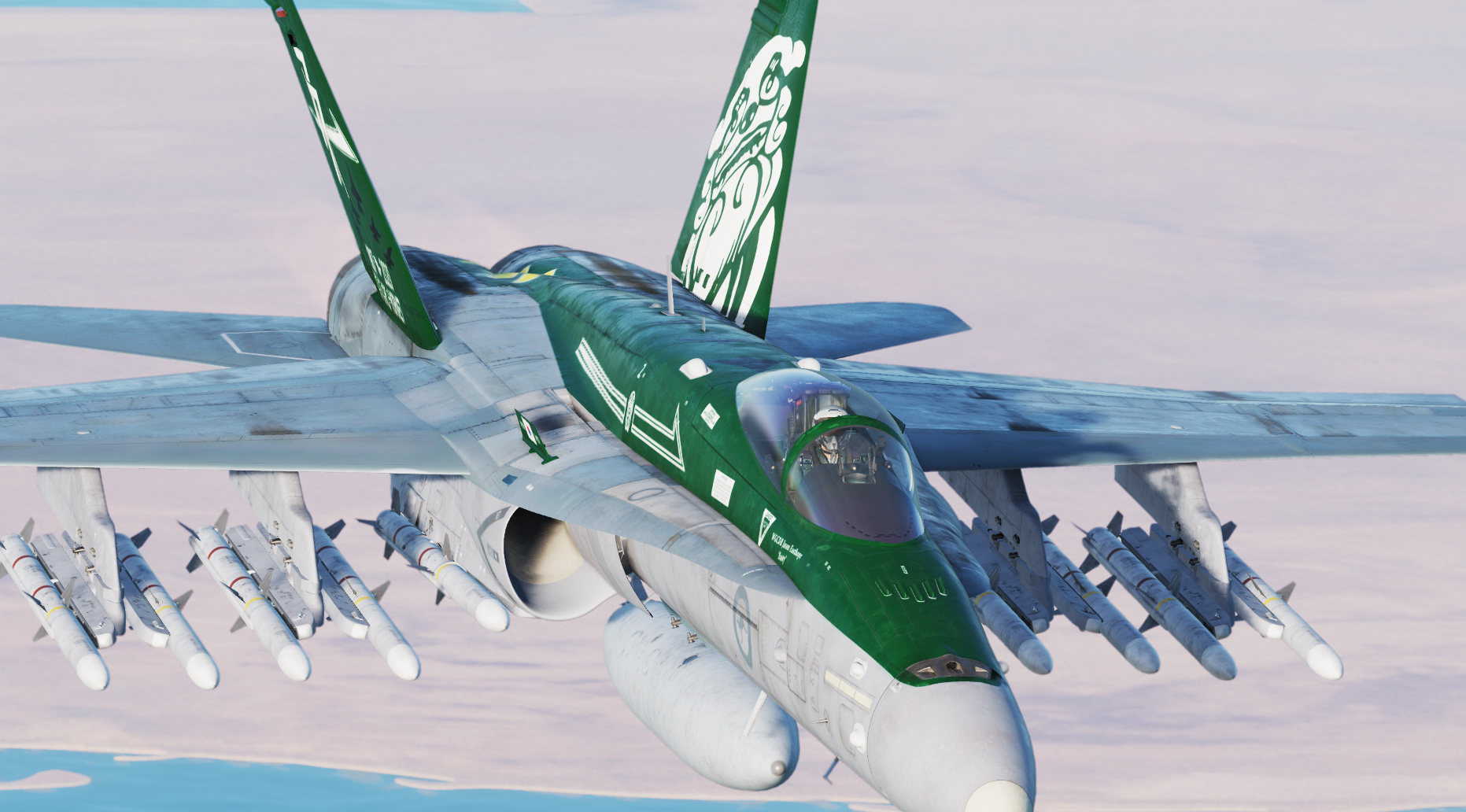 The other Aircraft, "Wedgetail" will be coming soon to join her sister

The Royal Australian Air Force (RAAF) will officially retire the F/A-18A/B Hornet next year (2021). So, No. 77 Squadron, with some help from the Air Force Imagery Specialists of No. 28 Squadron and a RAAF C-130J, put up four of their jets, two of which are wearing brilliant paint schemes, to catch their venerable mount in spectacular fashion before it disappears from their flight line once and for all. And boy do we mean spectacular.

The images posted elsewhere online by the RAAF of the photo flight are absolutely stunning, with a mix of C-130 ramp and F/A-18 camera ship perspectives set against a slew of backgrounds. No. 77 Squadron’s “33 years of Hornet” paint scheme looks especially stunning and it really caps off the type’s service in a classy manner. The other specially marked jet is the “Worimi Hornet” that wears artwork of the Kilyarr Kilyarr, the Wedgetail eagle, to demonstrate the air force’s commitment to Indigenous men and women who have served, and continue to serve, in the Australian Defence Forces.
Tags: RAAF, special, scheme, display, Horenet, F18, F18C, Australia, F35, Green
FOLLOW US