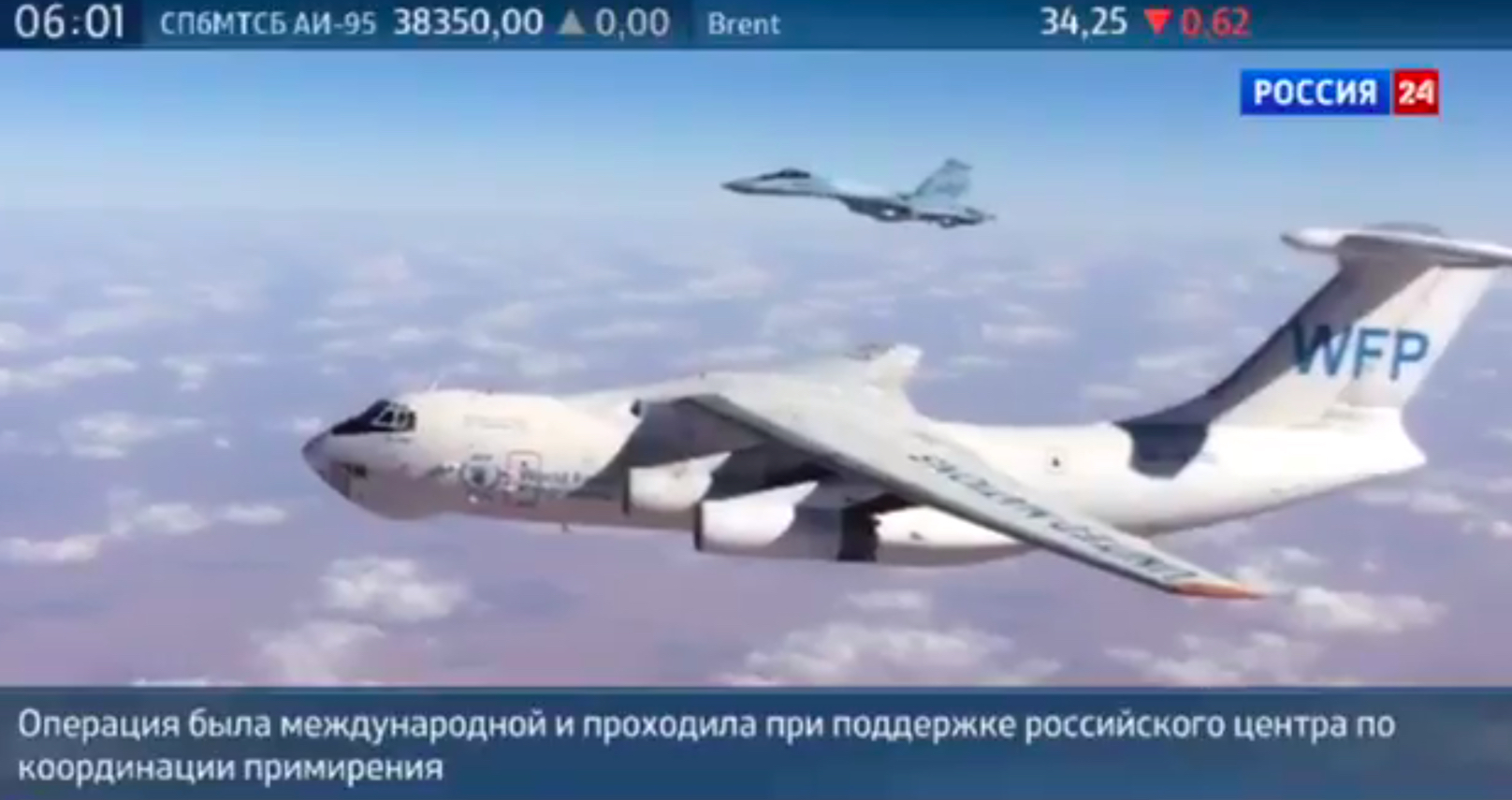 Type - Skin
Uploaded by - Ogma
This skin pack includes a livery of an Il-76 used by the UN-WFP to conduct humanitarian air drops in Syria during the civil war (siege of Deir Ezzor) . More information in the description (click "Detail").

The World Food Programme (WFP) is the food-assistance branch of the United Nations and the world's largest humanitarian organization addressing hunger and promoting food security.

"Between 10 April and 19 July 2016, WFP carried out 74 airdrops with an Ilyushin (IL-76) [1] aircraft, dropping more than 1,336 metric tons of urgently needed relief items, including UNICEF high-energy biscuits, date bars, salt, beans, chickpeas, rice, sugar, bulgur, oil, lentils and water purification tablets to meet the immediate needs of 110,000 people in the besieged city of Deir Ezzor [2]. WFP works closely with its partner on the ground, the Syrian Arab Red Crescent (SARC), which collects the relief items at the drop zone and organizes distribution to beneficiaries. By the forty-fifth rotation, which took place on 1 June 2016, sufficient quantities had been delivered to provide each of the 18,000 SARC-registered households with sufficient food commodities. Since then, ongoing airdrops are being conducted in order to provide every household a second monthly food ration. WFP will keep delivering food and other humanitarian supplies by appropriate air means to the besieged areas [3], in coordination with the humanitarian community, while negotiations continue for improved road access.[4]"
From
"Syrian Arab Republic Special Operation 200950
WFP Air Deliveries to Provide Humanitarian Support to Besieged and Hard to Reach
Areas in Syria
BR No. 02 - July 2016"

[2] The The Battle of Deir ez-Zor (2014-2017) was a large-scale siege imposed by the Islamic State of Iraq and the Levant (ISIL) against several districts in the city of Deir ez-Zor held by the Syrian Army backed by Russia, in an attempt to capture the city.

[3] 309 high-altiude airdrops of food and humanitarian aid were conducted by the WFP to help the 100,000 stranded civilians during the battle. The Il-76 operated from Amman (Jordan) and was escorted by Russian fighters inside the Syrian airspace.

[4] The airdrops were stopped in September 2017 when the WFP reached the city by land for the first time.

Fair warning, both Amman and Deir Ezzor are not present on the DCS Syria Map yet, they are just outside of the current (07/01/2020) scope. However the planned expansion of the map should include Deir Ezzor.