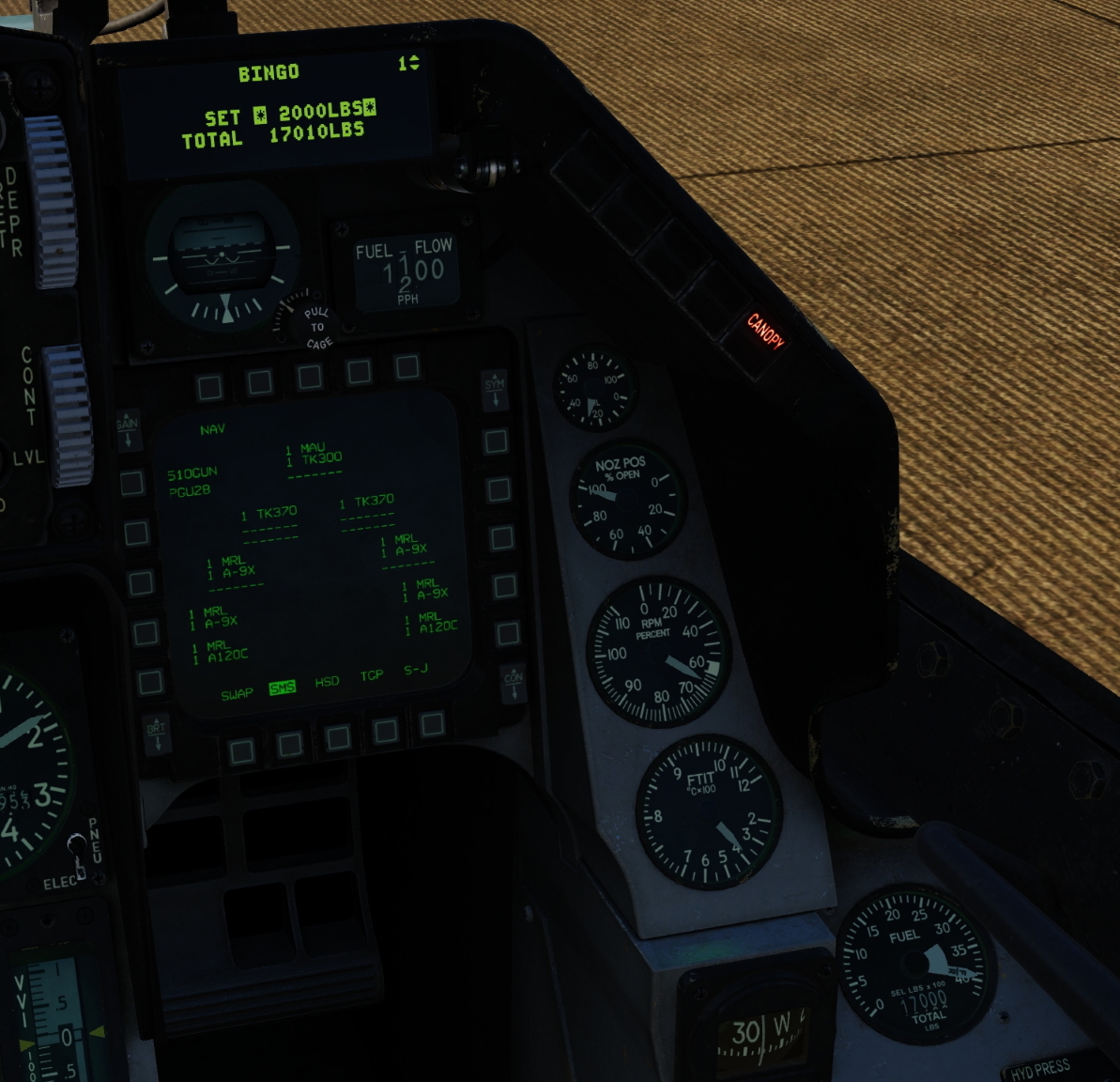 Zeus Discord: https://discord.com/invite/9Y7FgzRw6D
A compilation of skins can be found here:
https://docs.google.com/spreadsheets/d/1X_EjhzH_iaEopwQhDhTzBEL2-MOXNkhd4SR_6G3iP28/edit?usp=sharing

Many hours of research and testing by various people went into getting this to work as it does.  It is the best option available to us without access to the SDK.  None of this would have been possible without SCOOBY and the Virtual Zeus team!!!!

Changelog:
Updated Textures
Working HARMS and Travel Pod
Addition on Single Parachute holder without CFTs
WORKING FUEL CAPICITY *See details Below*
Ability to add/remove crew ladder and/or protective covers independently of CFT tanks/tail.
Added new fuel tank "Fuel tank 370 gal + CFT 225 gal"
Added two empty tank options 300 gal and 370 gal for situations where you may want a tank mounted but no fuel.  Example:  Setting up a static Viper with CFT's etc.
Added two new smoke colors for the SMK pylon gray and black.  They can be used to simulate damage.
Added 600 gal tank and 600 gal empty tank options *See details Below*  2/8/21 updated shape of the tank fins to be more accurate.
The MIL station has been removed but is reserved for future equipment.

Additionally, this mod incorporates a couple of other popular mods.

F-16C Centerline ECM Pods
The F-16C.lua file is modified to enable the ALQ-131 and ALQ-184 ECM pods to be mounted and show up in SMS however ECM isn't functional at this time.
Modified lines the F-16C.lua are tagged with --NIGHTSTORM for ease of editing.

The extra mods were includes as they all modify the F-16C.lua file and we didn't want to force people to choose or have to mod the LUA file.  The file is tagged with identifying information so that the end user can edit or remove as desire.  All credit for the included mods to the respective authors as no changes were made to them.

The extra mods were includes as they all modify the F-16C.lua file.  The file is tagged with identifying information so that the end user can edit or remove as desire.

Use the AUX station to equip the empty CFT's/Equipment.  The weight is correct for the CFT's.  The equipment has no additional weight.
Use stations 4 and 6 to equip "Conformal Fuel Tanks 225 gal" each.  They will add the correct weight and fuel capacity as well as weight for the connectors normally associated with the wing tank pylon.  I don't know how to prevent that but the extra weight offsets the lack of equipment weight.
Obviously this occupies stations 4 and 6 but those were the only stations were the fuel amount would work.  Station 5 doesn't have the correct amount due to a hardcoded limit and no other stations would show fuel also do to hardcoded information.

Ultimately though, you can either have CFT's equipped for aesthetics or have them functional occupying the inner wing pylons.

Use the GND station to equip the crew ladder, the protective covers or both.  They can be equipped to this station with no affect on the AUX station.  Use the rearming window to remove or add these items before or after flight.

This combines the normal 370gal wing tank with the fuel of a CFT for each side.  So technically each tank holds 595gal of fuel.  This allows for the correct weight, drag and fuel amount of having both CFT's and 370gal tanks on the jet.  Due to limited access to the game mechanics this tank litterally contains 595gal of fuel each as far as the sim is concerned.  So if you jettison the wing tanks with fuel still in them, you are also losing the fuel that was in the CFT's.  However, the CFT's remain equipped on the player aircraft.  AI aircraft will likely jettison both models if jettison isn't restricted in the mission editor.

Lior provided a new 600 gallon tank model for inclusion in this mod.  Thank you Lior!  The textures have been reworked and include normals and rough materials.  A pair of layered PSD files are included under the CFT Textures folder for adjusting color and/or weathering to taste.
The tanks will not be displayed on SMS page because they're not a part of the Viper's avionices.  We don't have access to change this.  As such, they won't jettison with the emergency jettison button, but they can still be dropped with the S-J page even though the stations show empty.  Just click/press the station buttons as you normally would for 370 gallon tanks and pickel them off.  While there's no indicator on the MFD, they will drop and take whatever fuel they had with them.