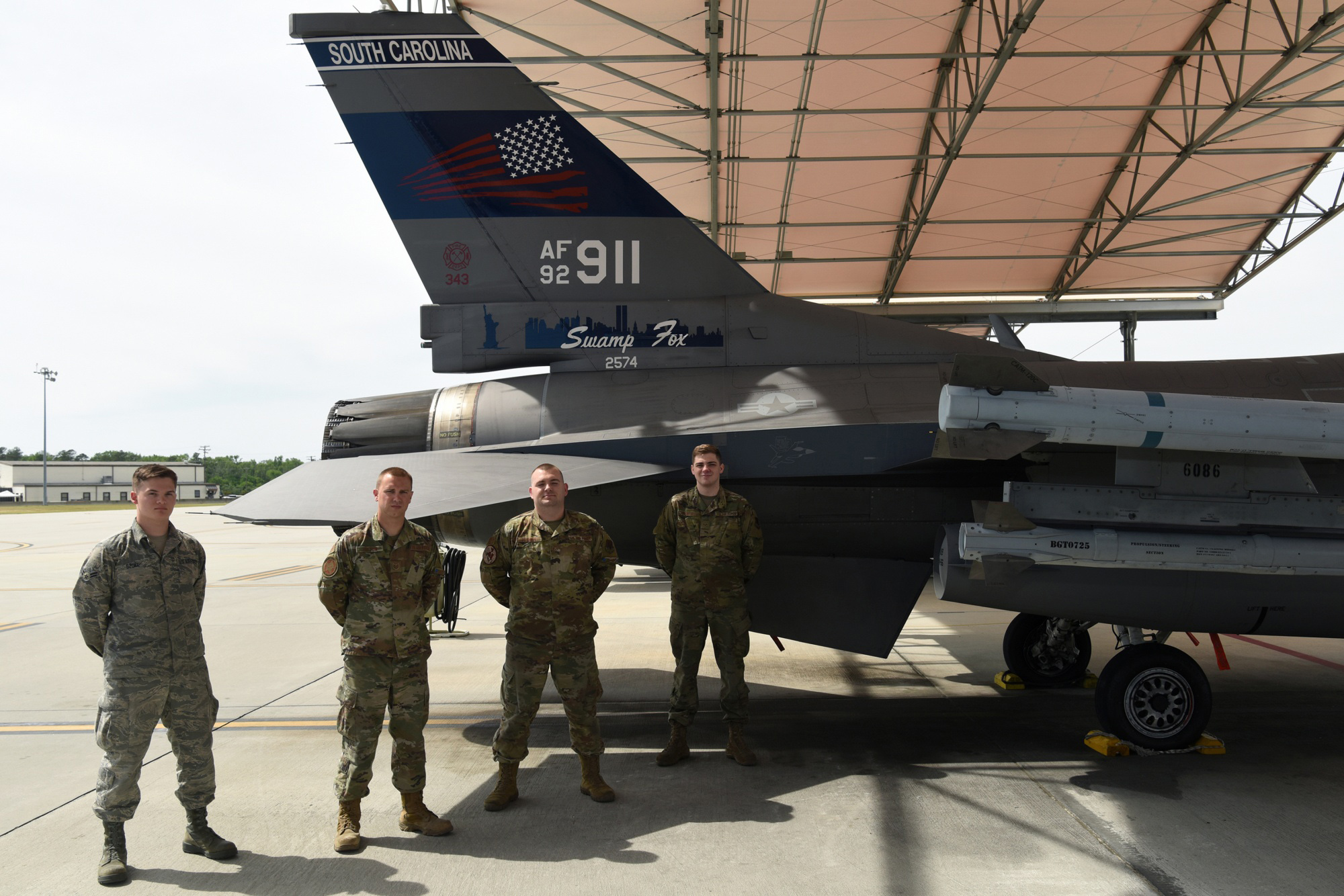 The South Carolina Air National Guard’s 169th Maintenance Group honored the memory of those who died on Sept. 11, 2001 with a commemorative paint job on one of the SCANG’s F-16 aircraft.

The project, spearheaded by several Airmen from the 169th Maintenance Squadron in the Structures shop, came from a request from the Maintenance Group Commander, Col. Adrian Meyer. The plane, number 911, recently returned from routine depot maintenance at Hill Air Force Base, Utah.

Col. Meyer wanted to commemorate the sacrifices from that day. “We figured that was the best time to change the tail flash,” Meyer said, especially since it also received a new paint job while at Hill.

The tail flash of the Swamp Fox F-16 was painted as a tribute to the lives lost nearly 20 years ago. The plane was chosen because its tail number is 92-3911. The commemorative paint scheme features a stylized American flag, logos of the Fire Department of New York and the New York Police Department, as well as the skyline of New York City with the number of civilians killed in the World Trade Towers, United Flight 93 and The Pentagon. The 2574 is the number of civilians killed in NYC, Pentagon and Flight 93 in Pennsylvania. That number does not include first responders who died that day.

Staff Sgt. Michael Fisher, who worked on the project, also serves as a volunteer fire fighter in Lexington County. Fisher said they wanted to do, “something different” with the jet to honor Sept. 11.

“It’s just fun doing something different,” said Fisher. “Most of our work is under the jet, so doing something other people can see and appreciate shows the skill and passion of this shop.”