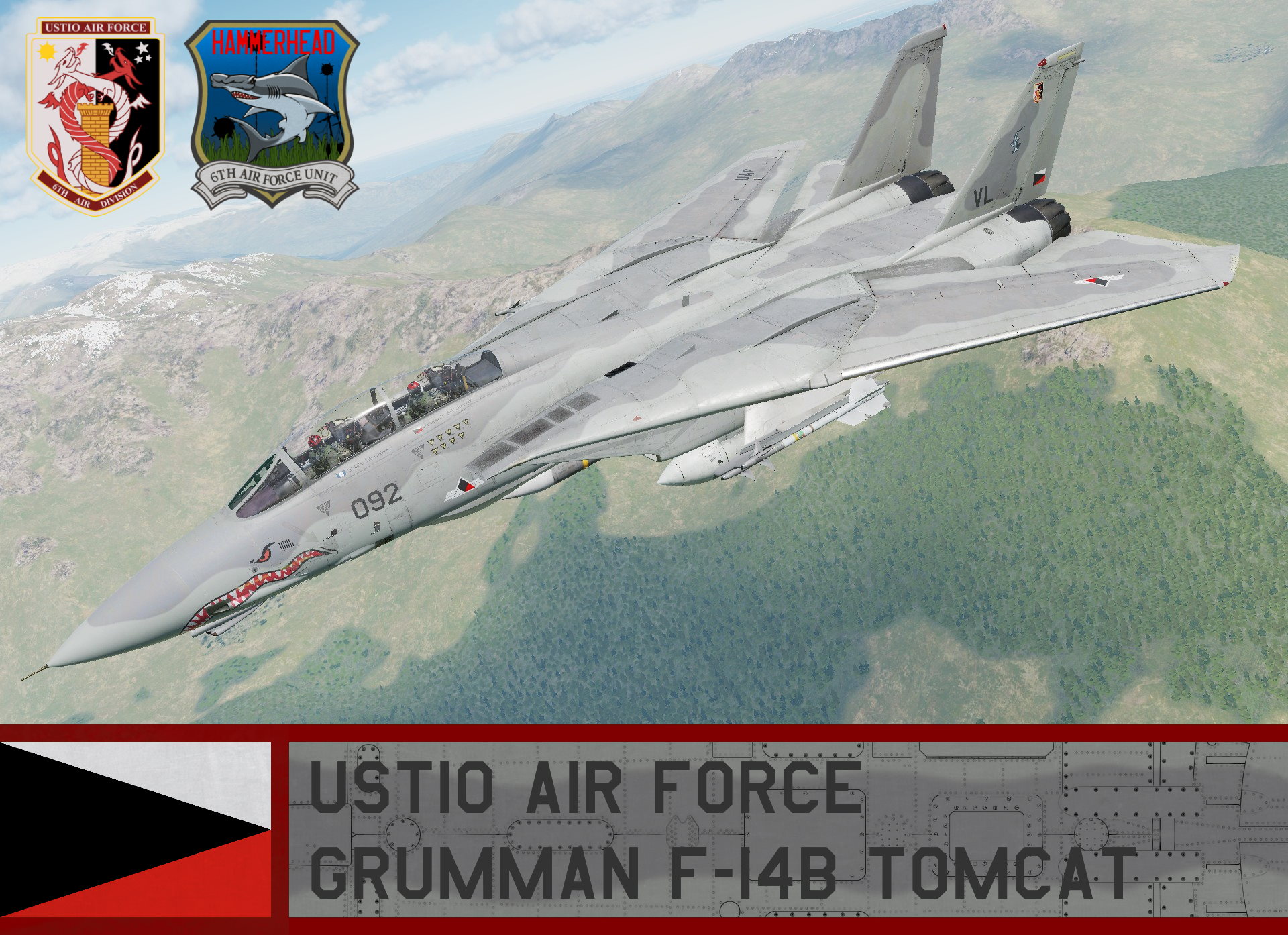 Big Thanks to _BillyTheKid_ for help with the nose art

She began her career in military aviation flying F-4B Phantom for the Emmeria Navy during the 1970s where she would display exceptional combat prowess in simulated
dogfights and mock war games. Eventually, her talents would earn her the opportunity to be trained to fly the newer F-14 Tomcats just entering Emmerian naval service,
possibly making Lambton one of the first female Tomcat pilots in the world. By the mid-1980s she was widely considered as an expert in Long-range intercepts and night
operations however, in late 1989 Lambton was participating in a nighttime patrol when her aircraft suffered a catastrophic engine failure over the Fuscum Sea.
She would spend the next 11 hours stranded at sea before being located and rescued, all through the long exposure to the elements would result in her being inflicted with
Chronic hypothermia causing nerve damage in some of her extremities. Lambton would make a full recovery except for permanent nerve damage to her right hand marking her as unfit to fly, unwilling to accept a non-combat role she would later be medically discharged in early 1990. Unhappy about having her wings clipped she would look for other alternatives like mercenary work, later signing up with The Foreign Mercenary Forces in 1993. In early 1994 Lambton hired on with the Ustio Air force, due to her prior service she was assigned to fly one of Ustios few F-14s as part of the 6th Air force Unit (independent aircraft unit). Getting her first taste of real combat during a border skirmish in February, managing to score several unofficial kills before the beginning of hostilities in March that year. At the start of the war, Lambton was primarily tasked with high altitude interception but would start preforming Precision strike missions following the commencement of Offensive Campaign No. 4101 and onward, the last notable action on Cpt: Lambton battle record is her participation in the Mars Strike Team during Operation Broom where she was tasked with the suppression of enemy defenses along the coastline. After the end of hostilities in June Lambton decided to wait for her contract to expire at the end of the year rather than buying it out and leaving early. On Dec 25 1995 Valais Air Base came under attack from the organization A World With No Boundaries and their XB-0 Hresvelgr gunship, all though she sustained no injuries from the attack her aircraft was rendered inoperable when a fully fueled A-10 nearby detonated. After collecting her last paycheck Lambton would leave shortly after not giving any indication of what she had planned next though a pilot matching her description and aircraft preference was spotted several years later flying for the Usean Allied Forces during the 1997 Usean Continental War.
Tags: ace combat, ustio, F-14, F-14B Tomcat, Skin
FOLLOW US