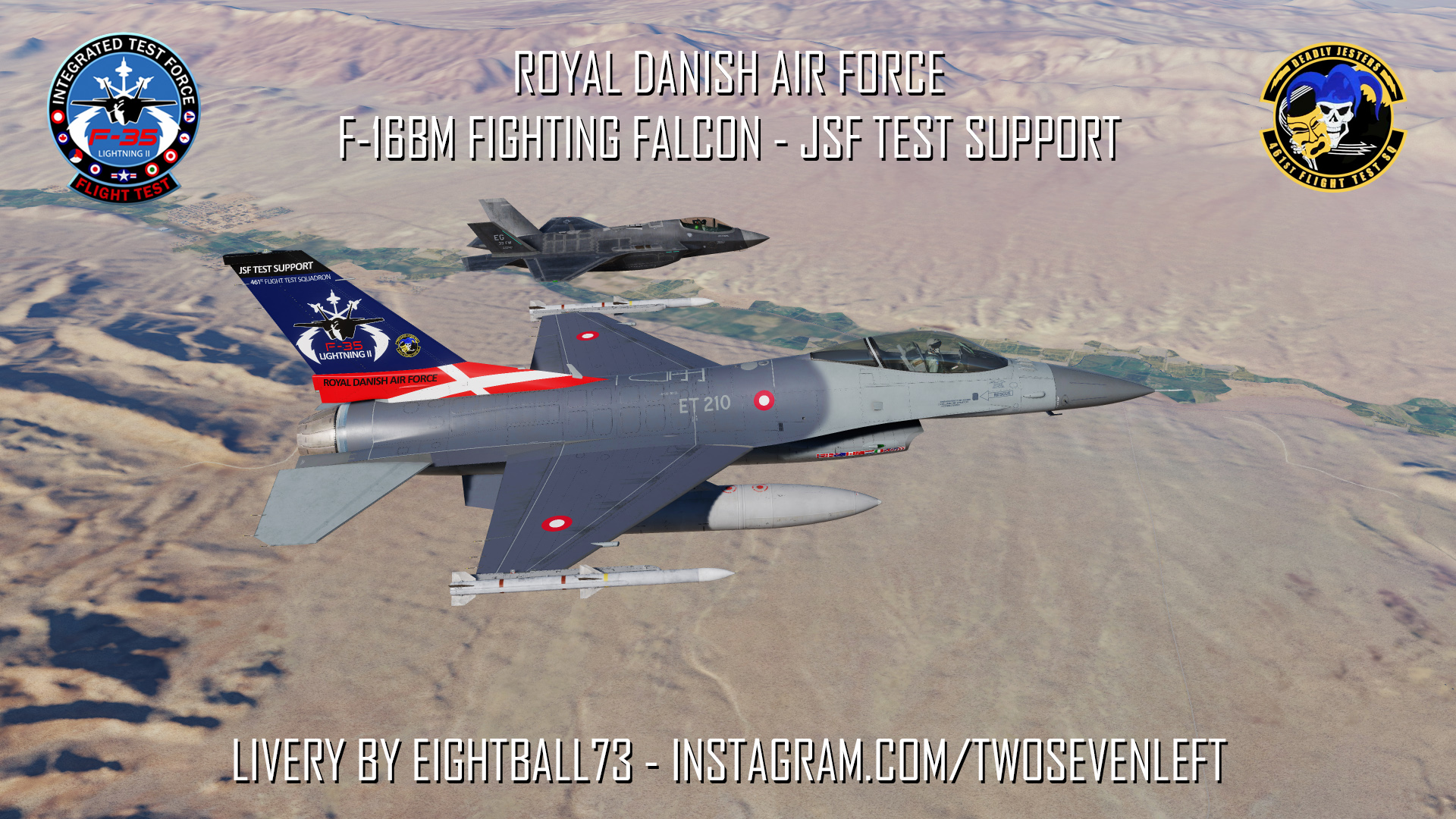 As part of the F-35 Lightning II Integrated Test Force, Denmark has contributed with an F-16BM Fighting Falcon and the renowned testpilot LtCol Casper ‘PEL’ Nielsen and maintenance technicians, flying as a chase plane out of 461st FLTS Edwards Air Force Base, California from 2008-2016.
During this period it has performed more than 1100 missions in support of the F-35 flight tests.
The aircraft has acted in the role as safety chase, photo chase and test support aircraft.