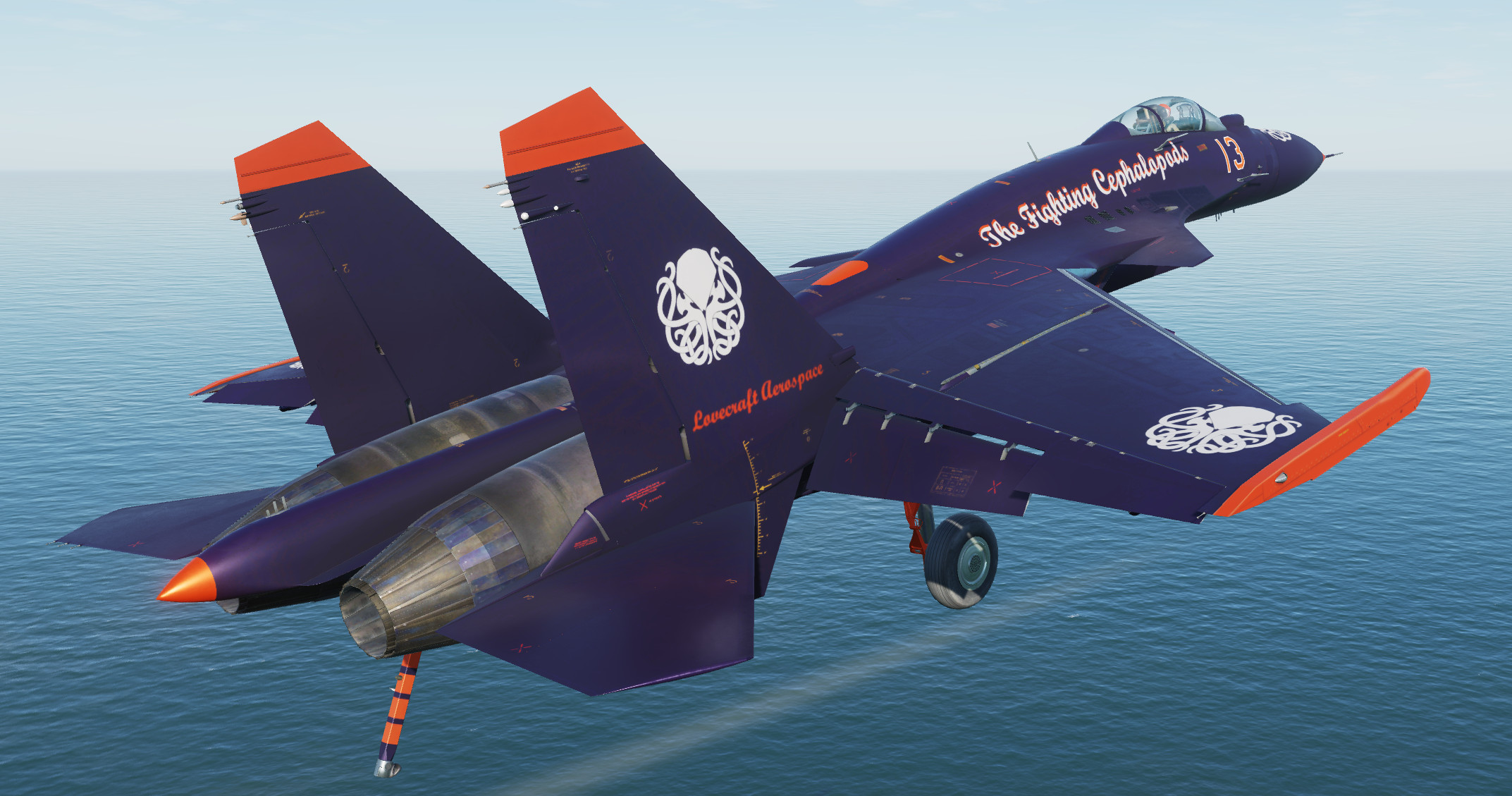 From the Cthulhu logo on the tail, nose, wings and pilot helmet to the Arkham Navy registration, "The Fighting Cephalopods" squadron is ready to take on all threats.  Fly the Su-33 specially built by Lovecraft Aerospace, Miskatonic Engineering and Necronomicon Propulsion and lead the way to victory in this dimension or any other!

Note:  You can find my similar themed Arkham Navy F/A-18C Hornet at:  https://www.digitalcombatsimulator.com/en/files/3308190/

While HP Lovecraft has been my favorite author for decades, many aren't aware of him or his work.  For those who don't know, HP Lovecraft was an American horror author of the late 19th/early 20th century.  His work was unique in that he created what became to be known as the "Cthulhu Mythos" and welcomed the wishes of his contemporary horror authors to also use his literary creations in their work.  The world of the "Cthulhu Mythos" was inhabited by many creatures of ultimate evil, real or imagined, though the common thread was many shared an intent on destroying humanity.  Of these creatures, the most fearsome of all was Cthulhu...who it was believed lay sleeping in the deepest depths of the earth oceans awaiting the time to awake and continue his campaign of destruction.  While Lovecraft never specifically described Cthulhu's physical appearance, it's become accepted that the creature was oceanic and resembled a cephalopod of immense proportion.  In addition to these creatures, Lovecraft also created many fictional geographic locations centered in New England.  Arkham was one of those cities, along with Miskatonic University where the most adventurous minds of their day investigated that world.  I'd invite any curious to do some internet research on Lovecraft, further I believe his complete fictional body of work is available for online purchase or free download if you look hard enough.
Tags: Su-33, Flanker, fictional, Lovecraft, Cthulhu
FOLLOW US