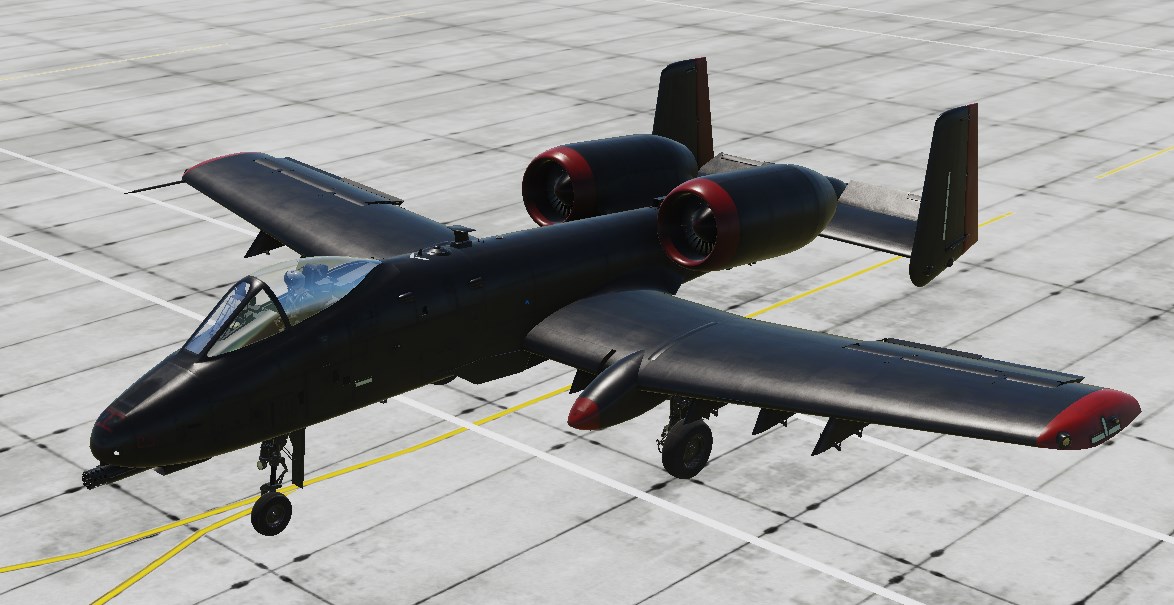 Type - Skin
Uploaded by - Bates
The first skin I ever created for DCS! Its a mostly black A-10 with some red accents added. The second folder included in the .zip has 4 white ace of spades added because a friend of mine wanted that version of the skin and now you can use it too!

Also note that the skin looks a lot darker in-game than it does in the ModelViewer, so in the screenshots with the blue background it looks way lighter than it actually is!