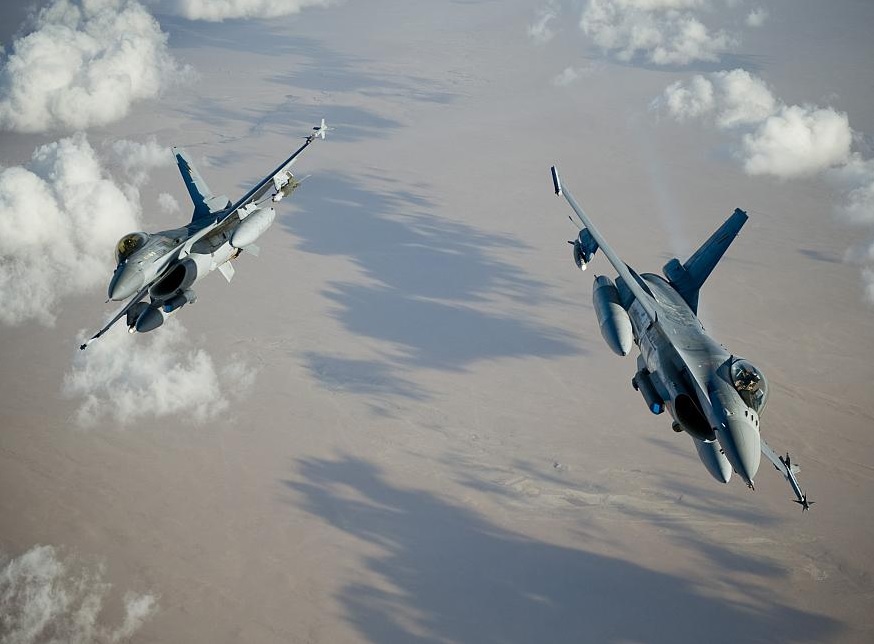 Choose a coalition side, an airframe and a base that will define your area of operation. Then choose a loadout to match the task type you want to perform.

All activities during mission are controlled by using the F10 radio menu item.
Completing tasks will give you "support points" that you can spend in "support aircraft" menu. You start with an amount of points.
Completing 4 tasks will unlock a bonus "projection task" that you can then start whenever you want.

F10 radio menu gives access to :
Tasking - Air and ground - randomized tasks over area of operation. You'll also find here datas for actual task, and possibility to call markers and to skip task. (tasks : fighters / bombers / heli interception, defend outpost, anti-platoon, anti-convoy, SEAD (with and without radar Mngmnt), destroy enemy facility, anti-ship, clear the nest, recon (commandment bunker, and retaliation), Chemical Storages (urban area), escort, courrier, rescue downed crew, capture enemy airbase)
Training - Air - dogfight training with 2 options : Fox2 + guns or guns only.
Support aircraft - all support aircraft options. You need "support points" to call these options. When you buy a wingman you also get in this menu the commands to get info/control on him.
Check score - check here your successfull tasks and support points.
Radio/Nav reminder - all datas you need relative to radio and navigation.
Jtac status - if you requested a Jtac on zone you'll know its actual lased target. You will also be able to ask for enemy units report, and for strike and mark on actual target.