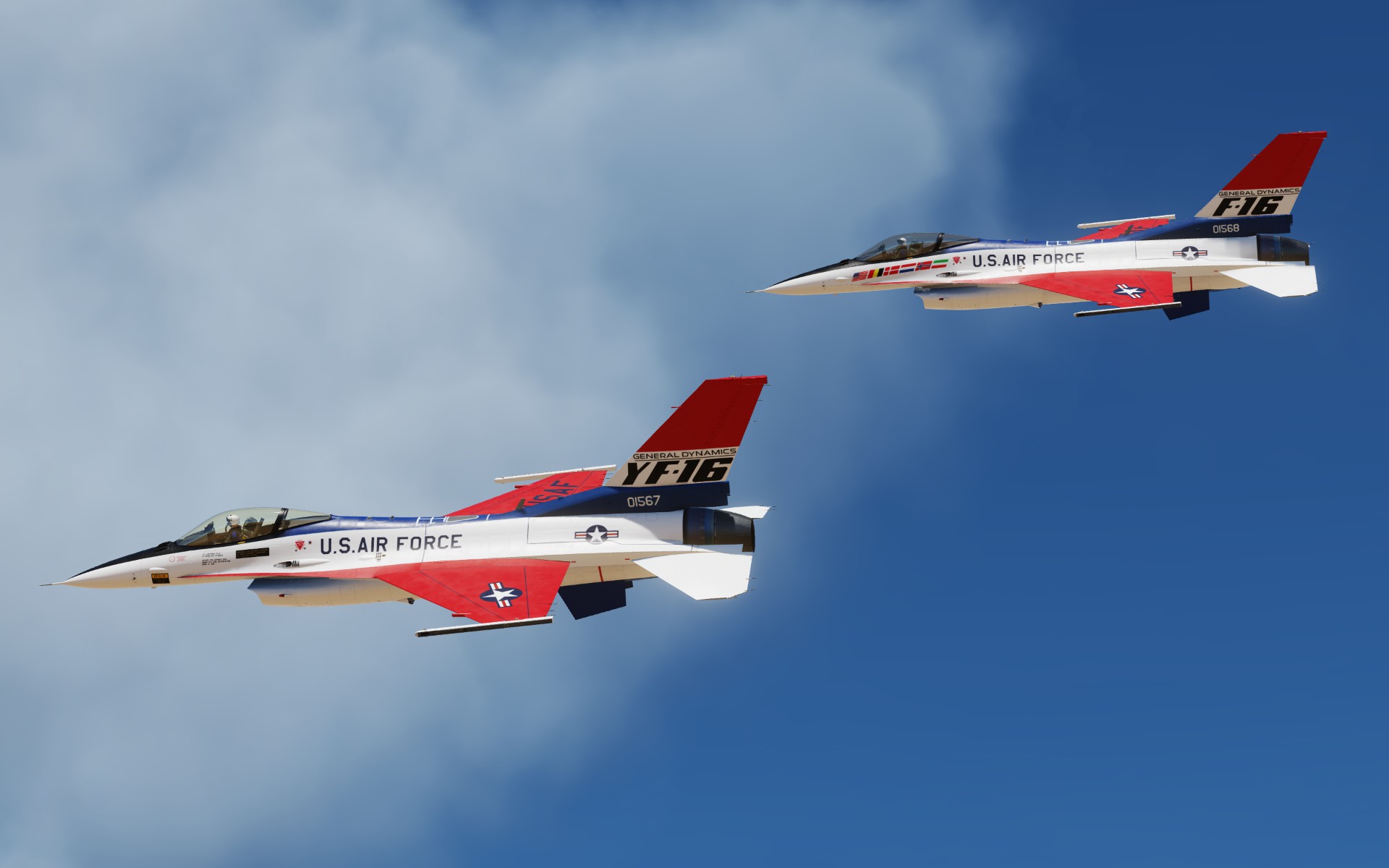 The two YF-16 aircraft had unique paint schemes with subtle differences between them, with the second prototype displaying the flags of initial partner nations in the new F-16 program, to include Iran (their F-16s were delivered to Israel, however).

Details you might notice in these liveries include a representation of the PW F100 engine and early style M61 gun port.  The prototypes were smaller than the production F-16s to follow, with a smaller nose, shorter wingspan, and smaller stabilators.

These liveries have been researched and made as accurately as possible, considering the airframe differences. See what other details you can spot! Feedback is always welcome!