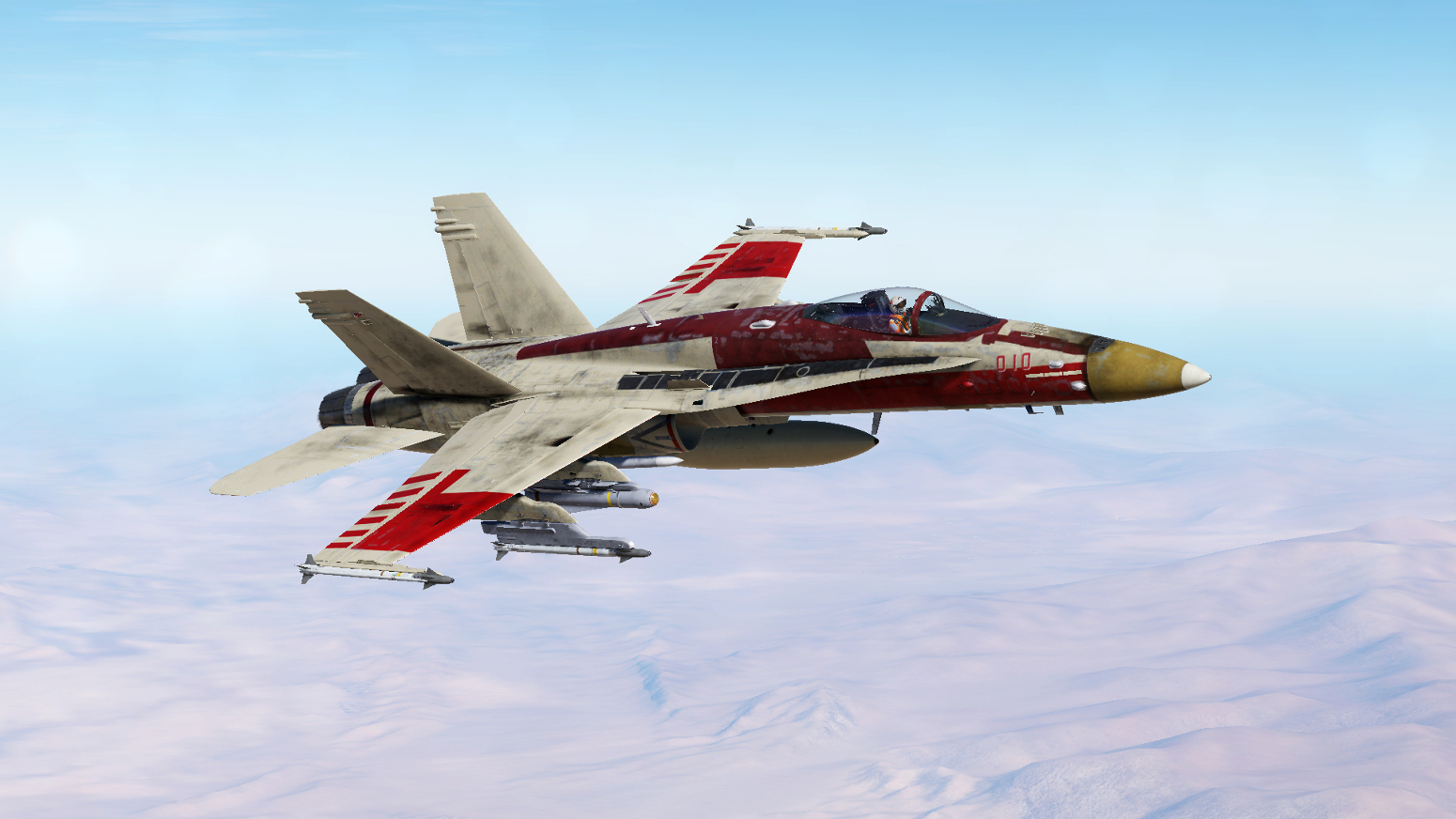 Type - Skin
Author - The Slicerer
This is a fictionalized livery depicting Red 6, Jek Porkins' X-Wing at the Battle of Yavin

This skin is inpired by SWE-Timberwolf's Star Wars-themed skins for several different modules for DCS, and actually uses a couple of items from the set, mainly the LUA file, bort numbers, and the initial pilot suit skin, which was modified by me to have the white flak jacket.  This project was an experiment to see how close I could replicate the livery seen on the original ILM studio models made for the original Star Wars film that was released in 1977.  I was curious to see how this livery would turn out, going by the few photos there are of this model I'm surprised and pleased with the final product.  Jek Porkins is a fan favorite, he sadly doesn't get too much screen time before his demise, but thankfully we have his incredibly striking X-Wing livery.
Tags: Star Wars, skin, hornet, x wing, X-Wing, porkins
FOLLOW US