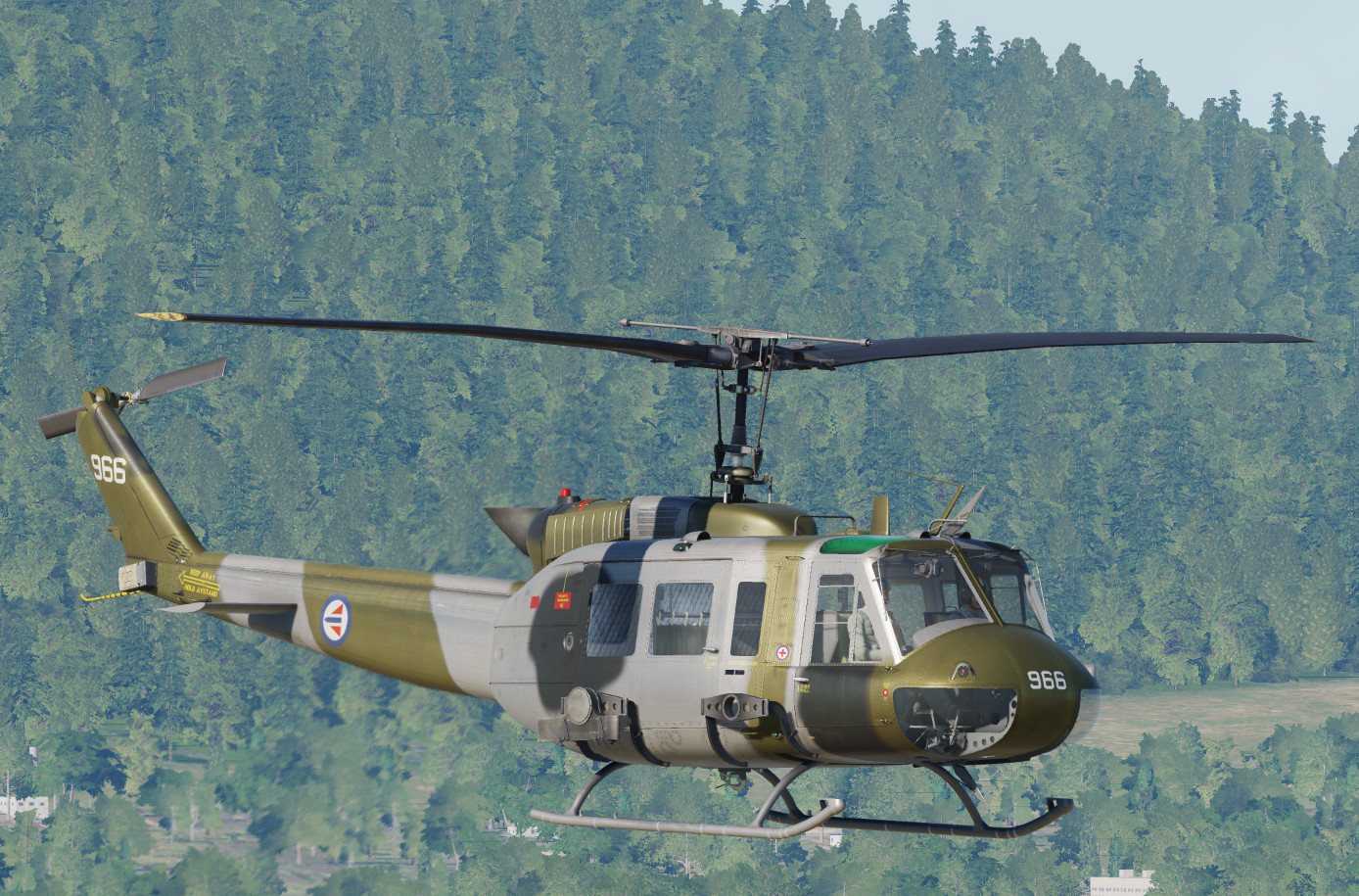 Type - Skin
Author - willfos04
A UH-1B livery re-created in DCS taken from "forsvarets flysamling", a plane and helicopter museum based in Gardemoen Norway. Tough the reference i took the livery from is a UH-1B and not a UH-1H there are major differences with the model and dimensions, and the source pictures i have acsess too are limited makes it hard to make an accurate livery, but based of the pictures I have I've to re-create the livery as accurately as I can. If anyone has been to the museum and have seen that spesific livery or have more knowlage about it and see faults in coloring/labels then I'll update the livery to fix them :)<br />


The install directory for huey liveries is Program files - Eagle Dynamics - DCS World (OpenBeta) - Bazar - Liveries - uh-1h, or if you want liveries installed in the saved games folder you will have to create a directory for it.
Tags: RNoAF, Norwegian, UH-1, livery, UH-1H, UH-1B
FOLLOW US