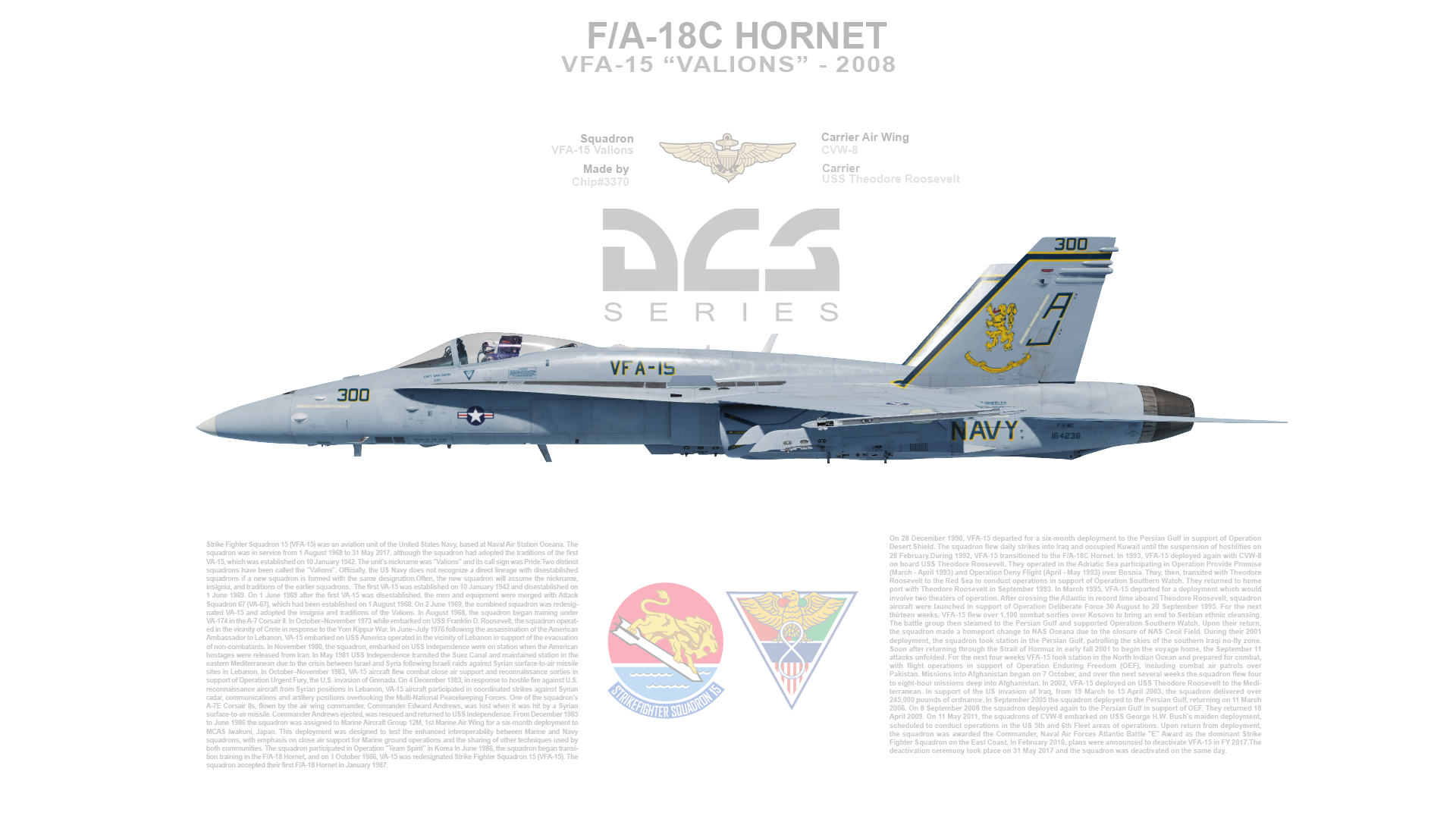 Type - Skin
Author - swat321
On 8 September 2008, VFA-15 and CVW-8 deployed aboard the USS Theodore Roosevelt on a regularly scheduled deployment. On 4 October, the Theodore Roosevelt Carrier Group arrived in Cape Town, South Africa, the first visit by an American aircraft carrier since 1967 and three days later the carrier left Cape Town. CVW-8 and Theodore Roosevelt supported Operation Enduring Freedom and flew more than 3,100 sorties and dropped more than 59,500 pounds of ordnance while providing Close Air Support for ISAF-forces in Afghanistan. On 21 March 2009 Theodore Roosevelt was relieved by the USS Dwight D. Eisenhower.