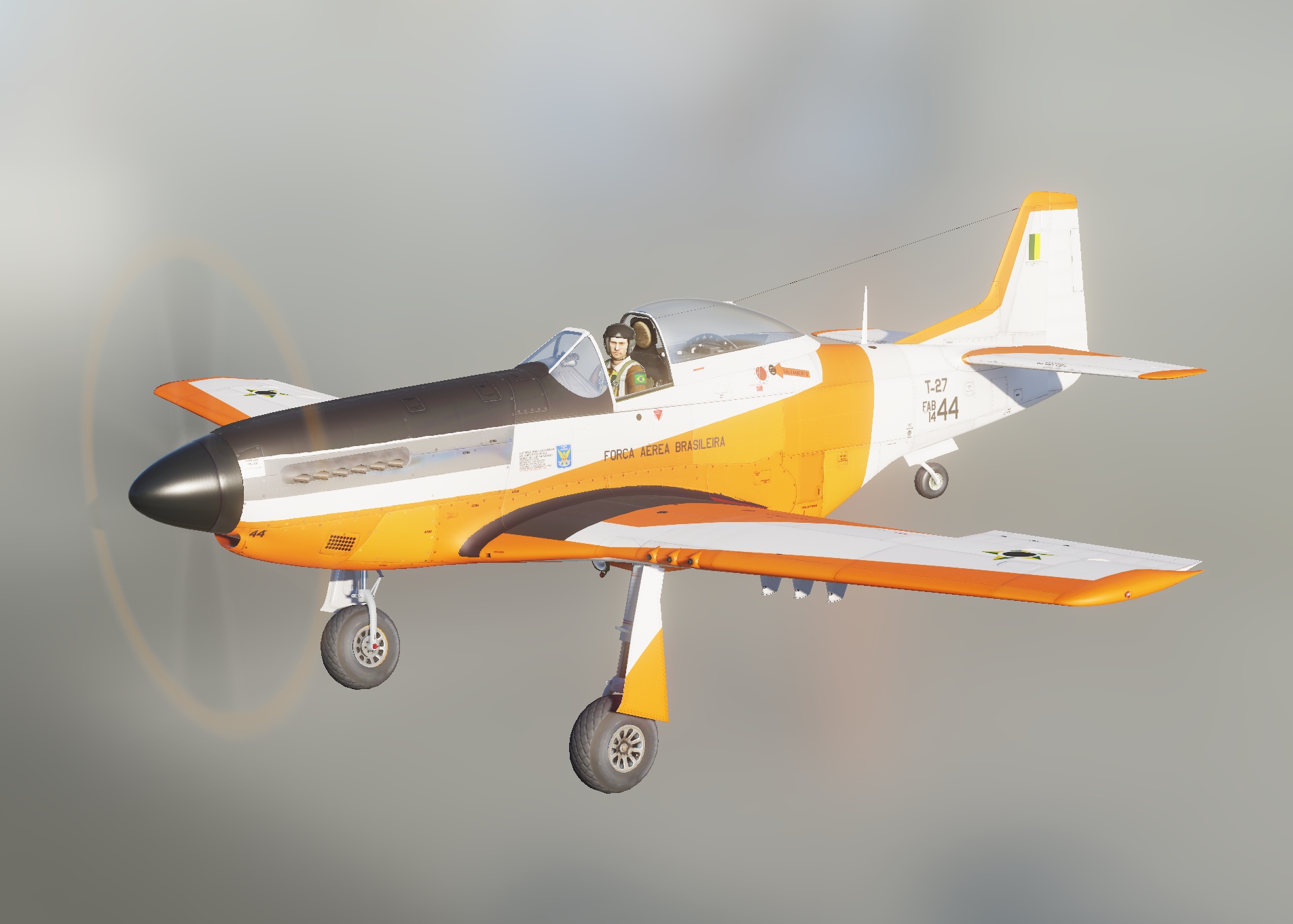 The Embraer EMB 312 Tucano (English: Toucan; About this soundpronunciation) is a low-wing, tandem-seat, single-turboprop, basic trainer with counter-insurgency capability developed in Brazil. The Brazilian Air Force sponsored the EMB-312 project at the end of 1978. Design and development work began in 1979 on a low-cost, relatively simple new basic trainer with innovative features which eventually became the international standard for basic training aircraft. The prototype first flew in 1980, and initial production units were delivered in 1983.
It has a similar performance of a P-51D and that's the reason I selected it to make this Livery.

For more history and Specs, read the PDF file. I also added a wikipedia summary about the Brazilian Air Force Academy.

This Livery:
This is the "clean" version of the T-27 Tucano of Brazilian Air Force Academy. The sn1444 was choosen because many of friends flew it. One of my squadron mates asked for a vs "clean just like out of the factory" of the sn1308, the one I made previously. So I did it.