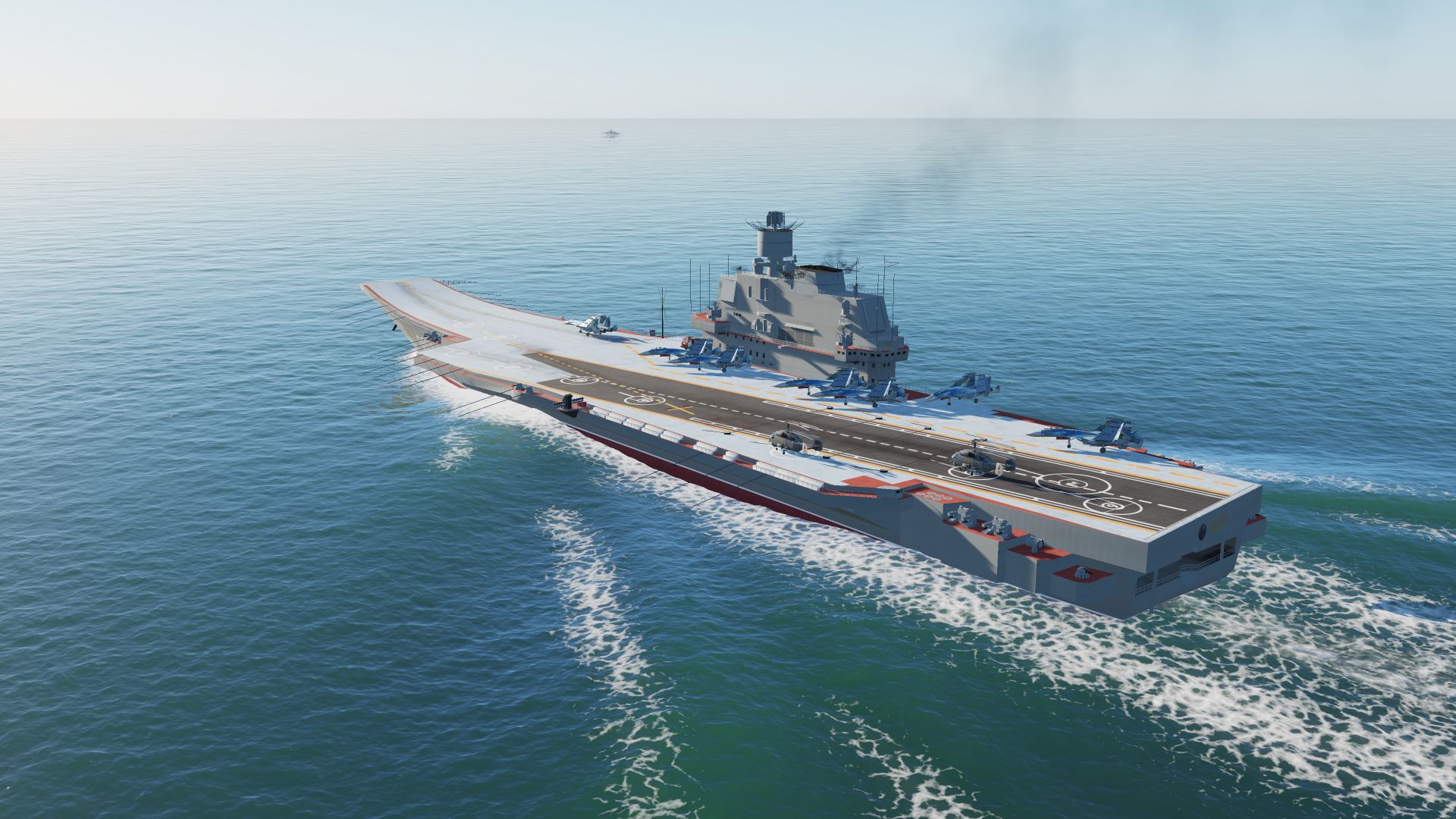 Type - Skin
Author - cookiemonste
This is a remaster of the non Super Carrier Admiral Kuznetzov. (Since I didnt want to get Super Carrier)
The SC Kuznetzov's flight deck was used and adapted to fit the old model and give it a facelift.
I have asked for permission on the ED discord to use the textures and share my mod.
Additionally, I have made my own textures.
Nearly everything was remastered to the best of my ability and as the old model would let me.
The new flight deck is obviously the most striking feature but not the only one.
Weathering to the hull is still due but I wanted to upload it in the current state to collect some feedback.
just extract the zip folder into livery folder that is inside the bazar folder.
Tags: admiral kuznetsov, aircraft carrier
FOLLOW US