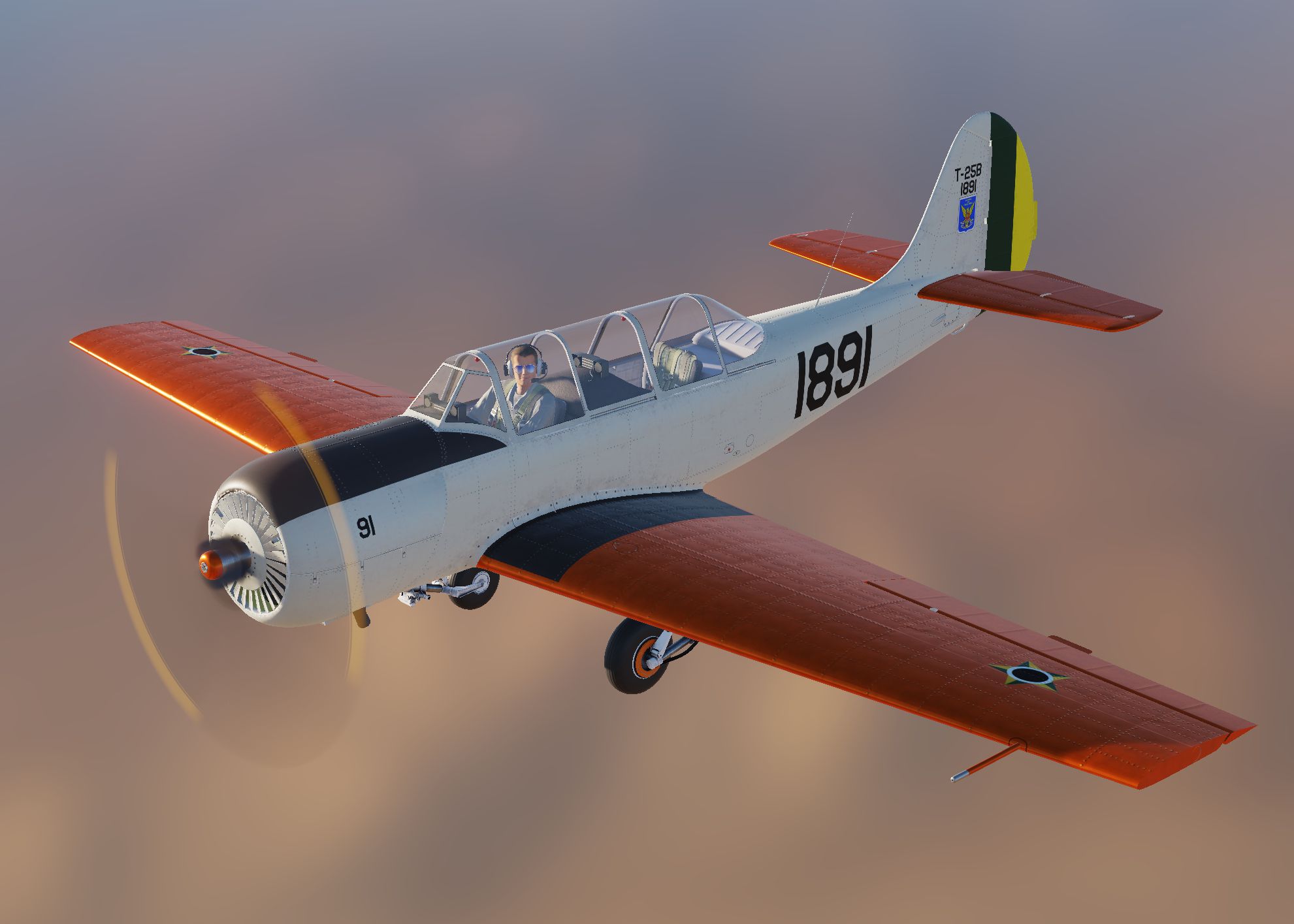 The Neiva N621 Universal is a Brazilian propeller-driven basic trainer and ground attack aircraft manufactured by Indústria Aeronáutica Neiva. It is a cantilever, low-wing monoplane of all-metal construction, with retractable undercarriage and side-by-side.
Named T-25 in the Brazilian Air Force, it is stationed now only in the Brazilian Air Force Academy, Pirassununga AFB, SP/Brazil. In the past it was largely used as liaison plane as well.

If you don't have that folder, you may create it. Remember to double check your HD drive letter and Saved Games destination folder.
Tags: T-25, Tangao, Brazilian Air Force, FAB, Academy, AFA
FOLLOW US