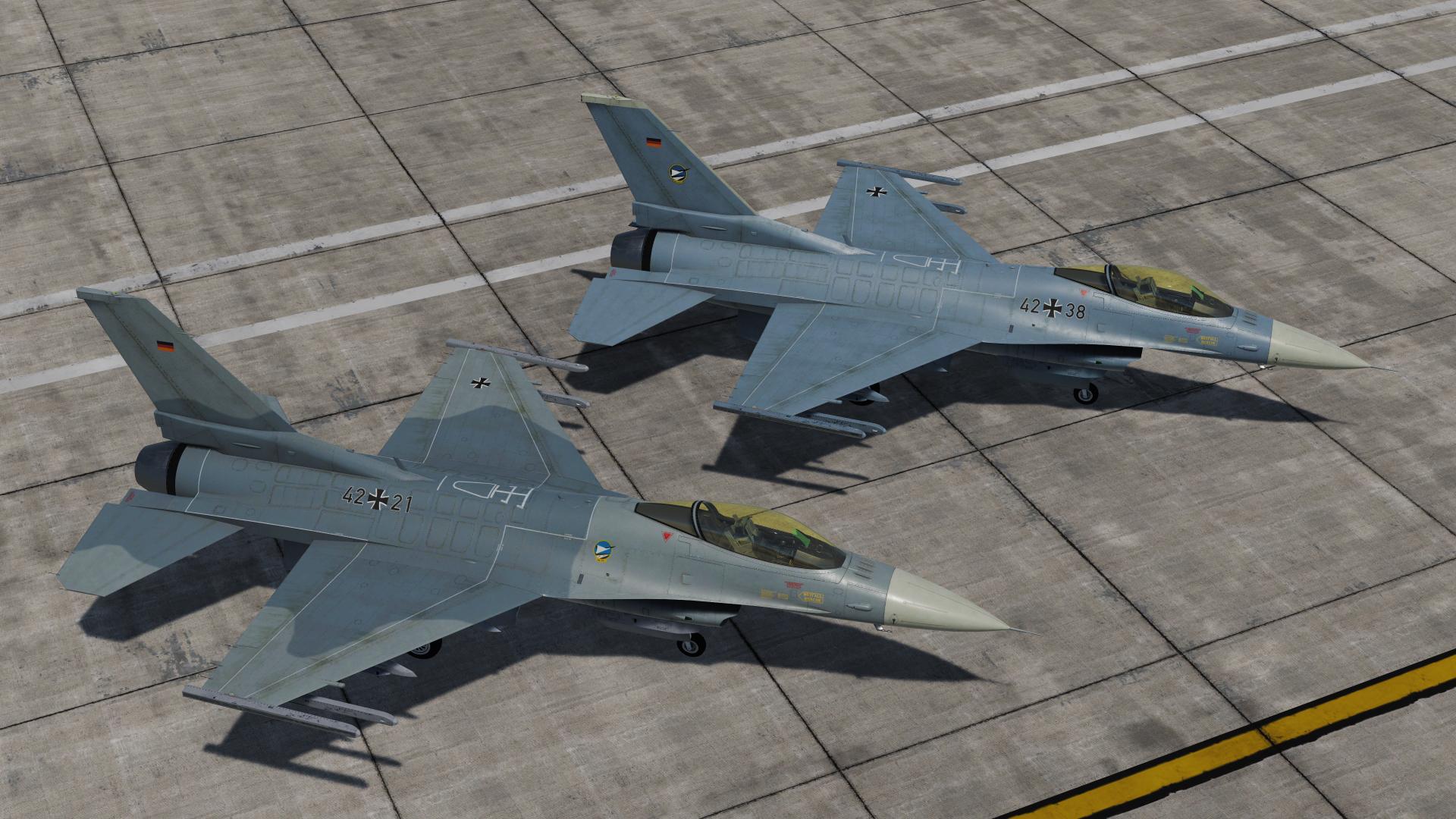 
These Viper skins are fictional and based on real life German Air Force camouflage schemes:

Many thanks to lee1hy for providing the stunning cockpit textures and the optimized normal files.

Special thanks to -LEO- for reviewing and test flight!