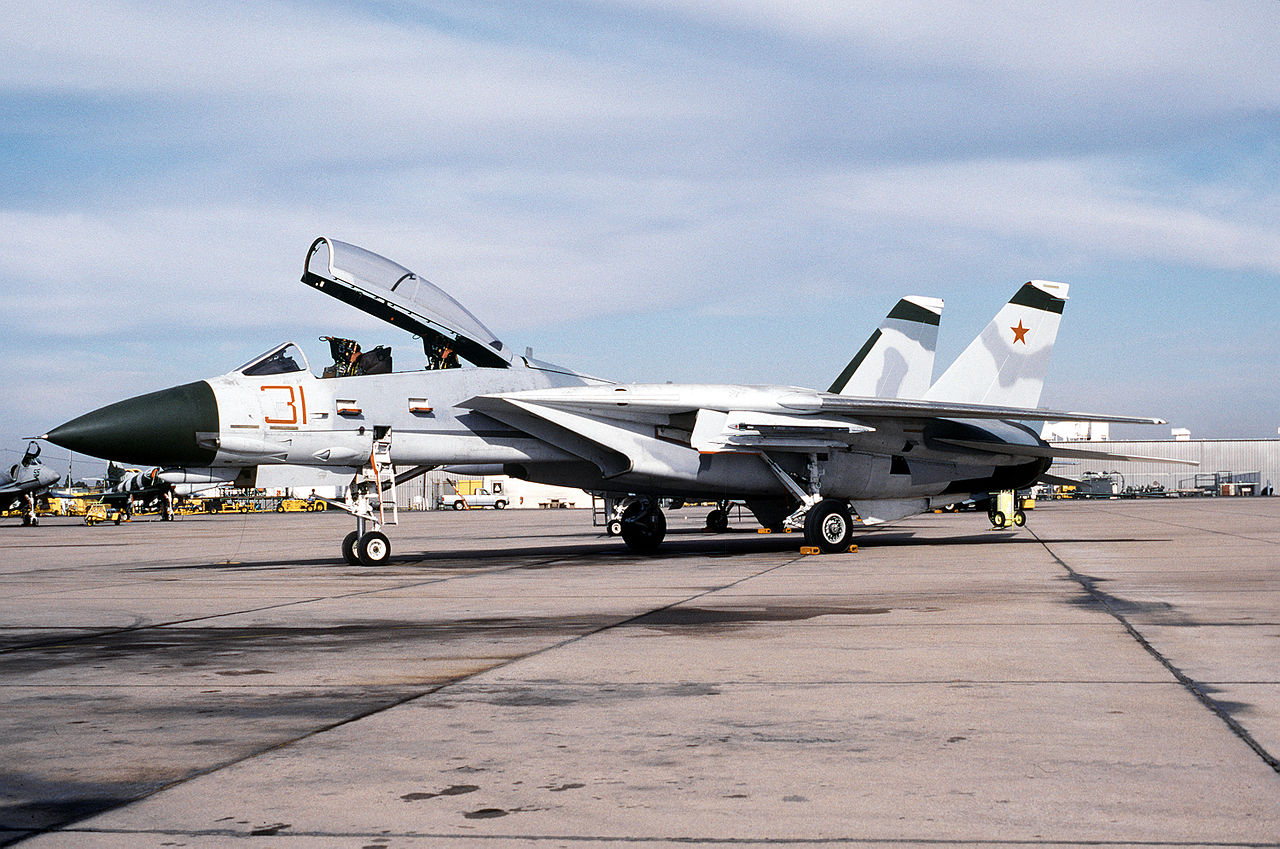 Includes:
- Custom Tomcat textures, made from a limited number of reference images of the real life aircraft
- Custom and clean AIM-54 Phoenix texture with Blue Stripes, indicating training usage(note: Phoenix will revert to base gray and yellow/brown stripes upon launch, I do not know how to keep the skin post-launch)

History: F-14 Tomcat, Bureau Number 159855, was an airframe delivered in between 1975 and 1976, rolling out of Grumman’s production line as a GR-90(or Block 90) F-14A. Initially, it would not have an assigned squadron, and would start its service life as an airshow aircraft. The non-squadron specific airframe would attend performances at Farnborough International Airshow in the United Kingdom between the 5th to 10th of September 1976 before it’s relocation and assignment to a proper squadron. Between the 11th of September 1976 to the 14th of December 1991, 159855 would enter an Aggressors Squadron based at Naval Air Station Miramar, VF-126 "Bandits". In service with the Pacific Fleet Adversaries, 159855 received a custom paint job that simulated the appearance of an Su-27 Flanker, a large red “31” painted under the frontmost section of the canopy with a single red star on both vertical stabilizers. Between 1991 and 1993, 159855 underwent an upgrade to anything between a GR-115(Block 115) and a GR-135(Block 135) Tomcat, which would replace the IRST on its chin pod with the TCS. In addition to this, 159855 would get a different paint job of a similar pattern, but colors toned down to be more of a light blue, the red “31” being painted over and renumbered as “34” and its red star being painted over with the Navy Fighter Weapons School symbol. The airframe would continue to serve as an Adversary for Navy Fighter Weapons School(TOPGUN) until the 23rd of March 1998, wh ere it was stricken from the official aircraft roster. The aircraft did not crash to be written off, but was most likely too old and worn down to continue service and was thus retired. Following its retirement, 159855 most likely was sent to NAS Oceana to be cannibalized and then disposed of/recycled.