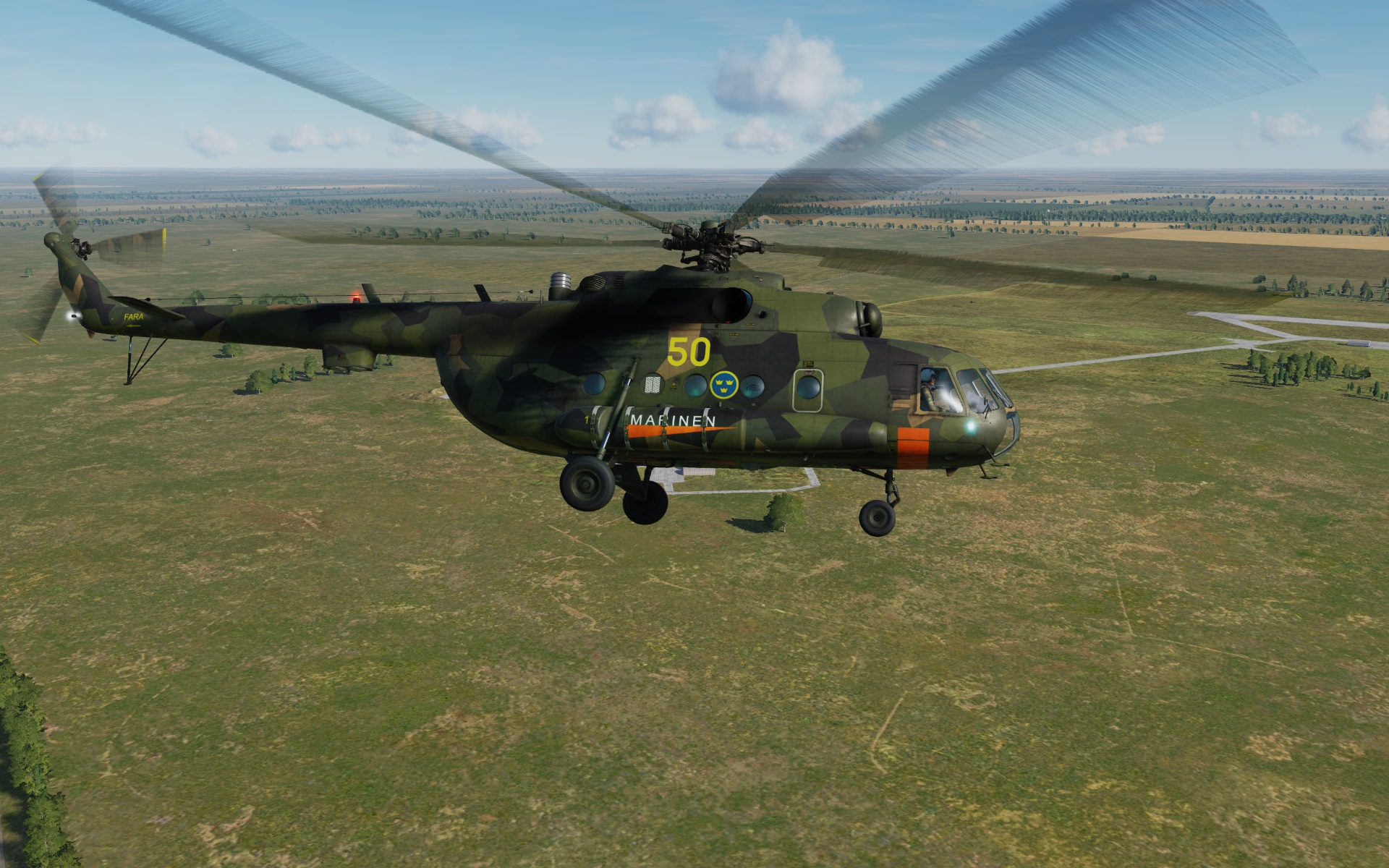 Type - Skin
Author - Marsvinet
Four skins based on different HKP4 (Boeing-Vertol 107) versions that flew for the Swedish Armed forces in the FOA-camouflage.

The Swedish Navy (Marinen) and the Swedish Air Force (Flygvapnet) both operated the HKP4 in various roles such as CSAR, ASW and transport. When the FOA camouflage was introduced to the Armed Forces, helicopters for both services were painted in the new camouflage and remained that way until the retirement of the helicopter type in 2010. When all helicopters were moved into a new, separate service, Helikopterflottiljen (Helicopter force) in 1998, they got new service markings, while still retaining the old FOA camouflage. For Nordic Battle Group 08 (NBG 08), some HKP4 were upgraded with extra armour, self defence weapons and countermeasures. With this upgrade, the updated helicopters received new low visibility markings.