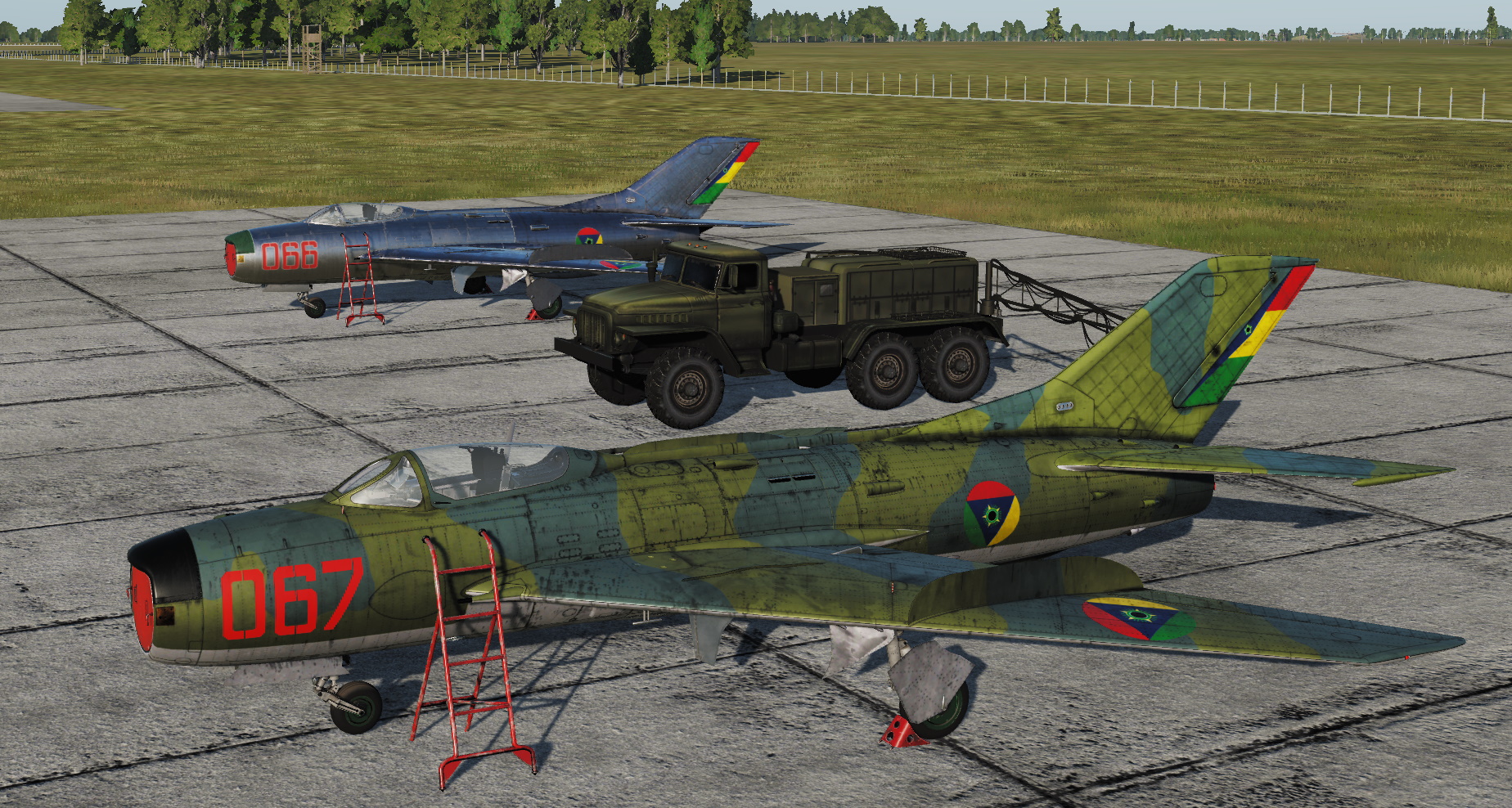 Pack of two fictional skins of Tropico Revolutionary Air Force (Fuerza Aérea Revolucionaria de Tropico - FART) from the videogame series. The first is a basic bare metal one, representing an older livery, while the second is a two tone green camo, both are based on historical liveries used by the Cuban Revolutionary Air Force

Installation: you have to manually add the texture folders to your DCS...\CoreMods\aircraft\MiG-19P\Liveries\Mig-19P  folder.  Alternatively, you can also put the skin folder into C:\Users\*yourname*\Saved Games\DCS.openbeta\Mods\Liveries\MiG-19P it should work too (not tested).