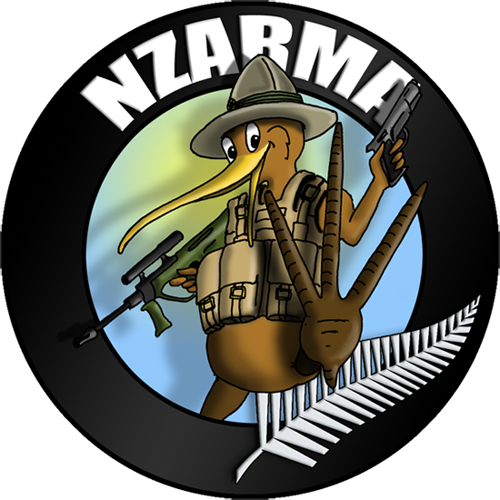 Type - Multiplayer mission
Author - PSYKO_nz
After building the training mission and spending many hours learning to fly our jets it came to our attention that we needed a proper dogfighting arena...

so we built one

The briefing has all the information you need on the mission, but basically there are 2 "arenas" the "main arena" and the "close-in arena"

The "Main Arena" is a 200 nm battle space with "bullseye" in the centre. choose your weapons and conditions, add in an AWACS if you want and then take off and use tactics and skill to engage and kill the OPFOR

The second arena is the "close-in Arena", the same aircraft are available for each side, you take off from airports 3nm apart. chose your conditions, guns, fox 2's or whatever. takeoff, form up, fly to whatever area you want, climb to altitude then break/turn and fights on!

Both areas also feature a few extra options, like an escort of some B52's in the main arena or spawnable AI fighters in the close-in arena

Its time to kick the fires and light the tyres

This is a PvP/TvT/PvE Training mission.

Where possible both sides will have the same aircraft.

Due to limitations in DCS to do with the M.E./Country/Side Access, some aircraft are limited to certain sides eg the SU-33 is limited to Russia

Aircraft in this area are called BLUE or RED

BULLSEYE is halfway between the bases

All aircraft have WP1 set at Bullseye

Check "Special Options" at the bottom of this briefing for modifiers to the battlespace, eg AWACS or Tankers etc

Chose your aircraft and head towards BULLSEYE

employ any tactics you want, engage and kill all OPFOR

may the best pilot/flight win.

If you do not want to take the time to fly between the bases and mess with tactics etc there is an exact copy of the aircraft available at Sochi, Mozdok, Sukhumi and Mineralyne called RED CLOSE  or CLOSE BLUE in the unit list available at Tbilisi (BLUE) and Vaziani (RED) where you can take off at very close range to get straight to the fight, the airfields are 3 nm apart so you can take off, meet up and start the fight quickly. there is also some varied terrain in the area to make it interesting

The Ai Spawn 10 nm to the west of Tbilisi (above the airshow marker) at 20,000 ft and head towards Soganlug, They are guns only. if you want more than a single aircraft or a 2 ship just activate the radio to spawn more of them

NOTE: This Option is only for BLUFOR, The ai that spawn are REDFOR


Escort/Intercept:
One side escorts 4 B52s while the side tries to intercept the bombers. The bombers spawn location and target are in your objectives

Ground Attack:
There are some ground targets at Gudauta for REDFOR to attack, and the same units at Nalchik for BLUFOR to attack, including a command bunker at each site - These will require a big bomb/Bunker-Buster to kill.

Both of these target areas are for Attack/Intercept practise.

Each side has access to some support options through their radio "Other Menu"
You can only use each option once.

You have:
1x E3 AWACS
1x E2 AWACS
They will Orbit in a circle over the marker on your map 50 nm from Bullseye.
The AWACS are spawned separately, giving you a backup AWACS in case the first one RTB's, crashes or is shot down

The final option is "Spawn B52s". This will spawn 4 B52's that will attack their target. Spawn location and target are in your objectives
The flight time is 10-20 minutes so it is recommended that you go to their spawn location before spawning them so you don't waste time looking for them

Labels are limited to either OFF or DOT ONLY.

There are also spectator spots on each side
Tags: Multi player, BFM, BVR, dogfight, Training Mission, ALL AIRCRAFT
FOLLOW US