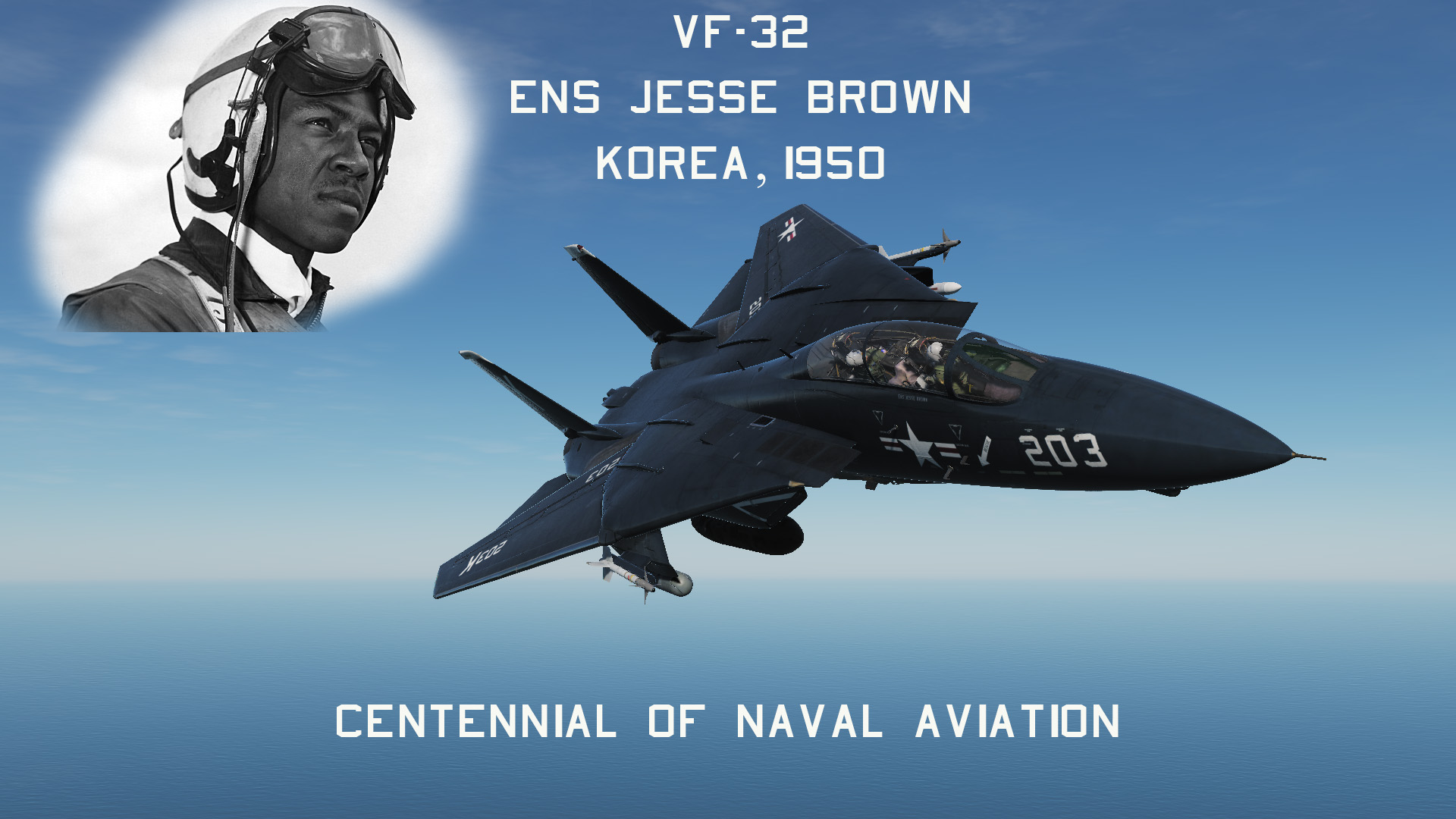 What if the Tomcat had at least served until the US Navy celebrated the Centennial of Naval Aviation from 2008 and onwards? This skin series seeks to represent realistic options that may have been chosen by Tomcat squadrons. The VF-32 Swordsmen aircraft presented here is based on the Corsair ENS Jesse Brown, the first African-American Naval Aviator, would fly on his final mission. A companion skin for LT (JG) Hudner's 205K will soon follow.

Please take the time to read up on Ensign Brown here:
https://www.history.navy.mil/content/history/nhhc/browse-by-topic/people/trailblazers/jesse-brown.html

Author's note: These Korean War themed skins pay homage to the hard-hitting air support that Navy and Marine Corsair, Skyraider, Panther, and Banshee pilots provided during the encirclement and breakout at Chosin Reservoir. Were it not for them at least 2 of my family members may not have walked out of that reservoir, and one of them distinctly remembers how low and aggressively they would fly into enemy fire to deliver their ordnance.
Tags: F-14B, CoNA, VF-32
FOLLOW US