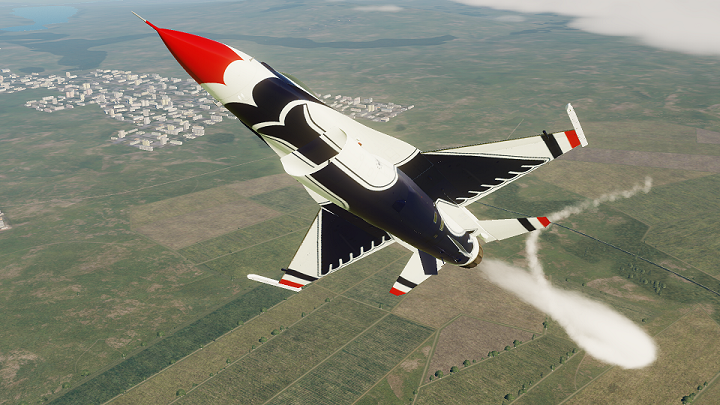 This mod allows you to arm the F-16C with smoke (white and most colors) on a specific pylon like with the hornet. The readme contains very important information regarding the operation of the smoke, please read it first if you have any problems.

Installation: Installation: If you use OvGME this can be installed using your main directory (root) folder, otherwise to manually install it place the 2 folders contained in the "Thunderbirds Mods (Main Folder)" folder (CoreMods, and Mods) in the root directory of DCS; Typically found here: "C:\Program Files\Eagle Dynamics\DCS World 2.5 OpenBeta" -- This will not work in Saved Games.

Further updates and redistribution via the userfiles are approved so long as you give credit in the description (see note for details). This has only been tested on the open beta version listed below, it may fail to work on other versions

Note: If you wish to update this mod I have made a tutorial video on how to do so, which you can find here(replace the dot with a . ): youtu(dot)be/5sO3O9darg4
Tags: F-16C, Smoke, Viper, Demonstration, Thunderbird, Smoke System, Mod, Fighting Falcon
FOLLOW US