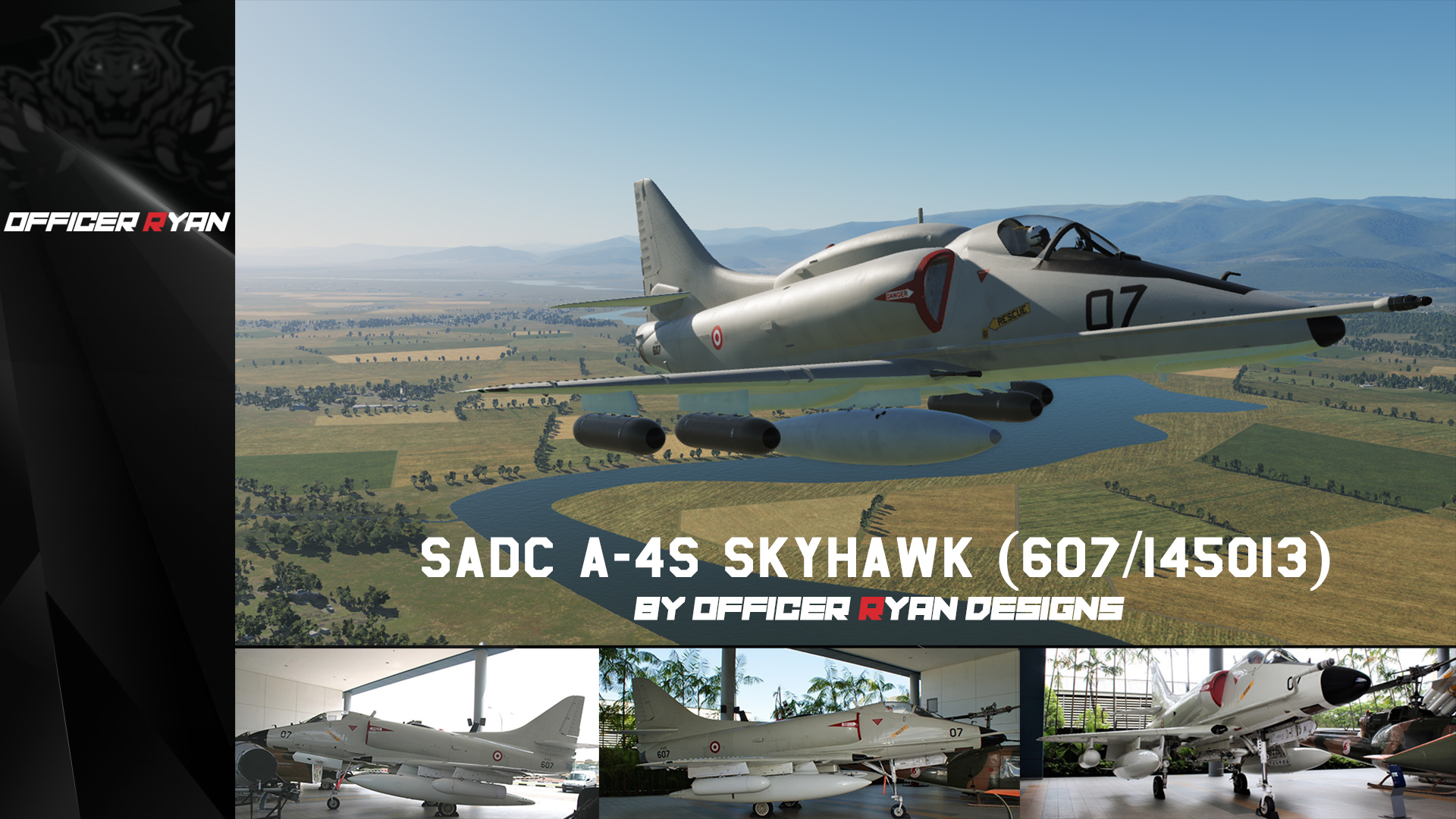 This skin is a replica of the A-4S Skyhawk 607/145013 at the RSAF Museum, Paya Lebar AFB, Singapore. This example is painted in Light Gull Grey over White, the scheme carried by the SADC Skyhawk detachment in the US in the 1970s.

The fledgling Republic of Singapore Air Force (RSAF), formed as the Singapore Air Defence Command (SADC) in 1968, and renamed the RSAF in 1973, started its long involvement with the Douglas A-4 Skyhawk in 1973, when the then-SADC ordered over 50 ex-US Navy A-4Bs and TA-4Bs fr om the Military Aircraft Storage and Distribution Center (MASDC) at Davis-Monthan AFB, Arizona. These aircraft were overhauled and modified by Lockheed in the United States and Singapore wh ere they emerged as A-4S (single-seat) and TA-4S (twin seat trainer), incorporating more than 100 changes to the standard A-4B airframes. The trainers were not the standard TA-4 with a common cockpit for the student and instructor, but instead were built with a second separate cockpit for the instructor. A small detachment of 8 aircraft, which were rebuilt in the US, remained at NAS Lemoore for crew training while the rest of the airframes were shipped back to Singapore for overhaul and upgrading. These aircraft formed 2 squadrons in the RSAF, Nos. 142 (Gryphon) and 143 (Phoenix) at Tengah AFB and Changi AFB respectively. From the initial batch of 50 airframes, 47 aircraft were built, including 3 trainers. A further 4 trainers were ordered, and these joined the RSAF in 1977. The aircraft flew in a typical SEA scheme of Green/Dark Green/Tan with light gray undersurfaces with the exception of the Lemoore-based aircraft, which retained the USN’s Light Gull Gray/White schemes.