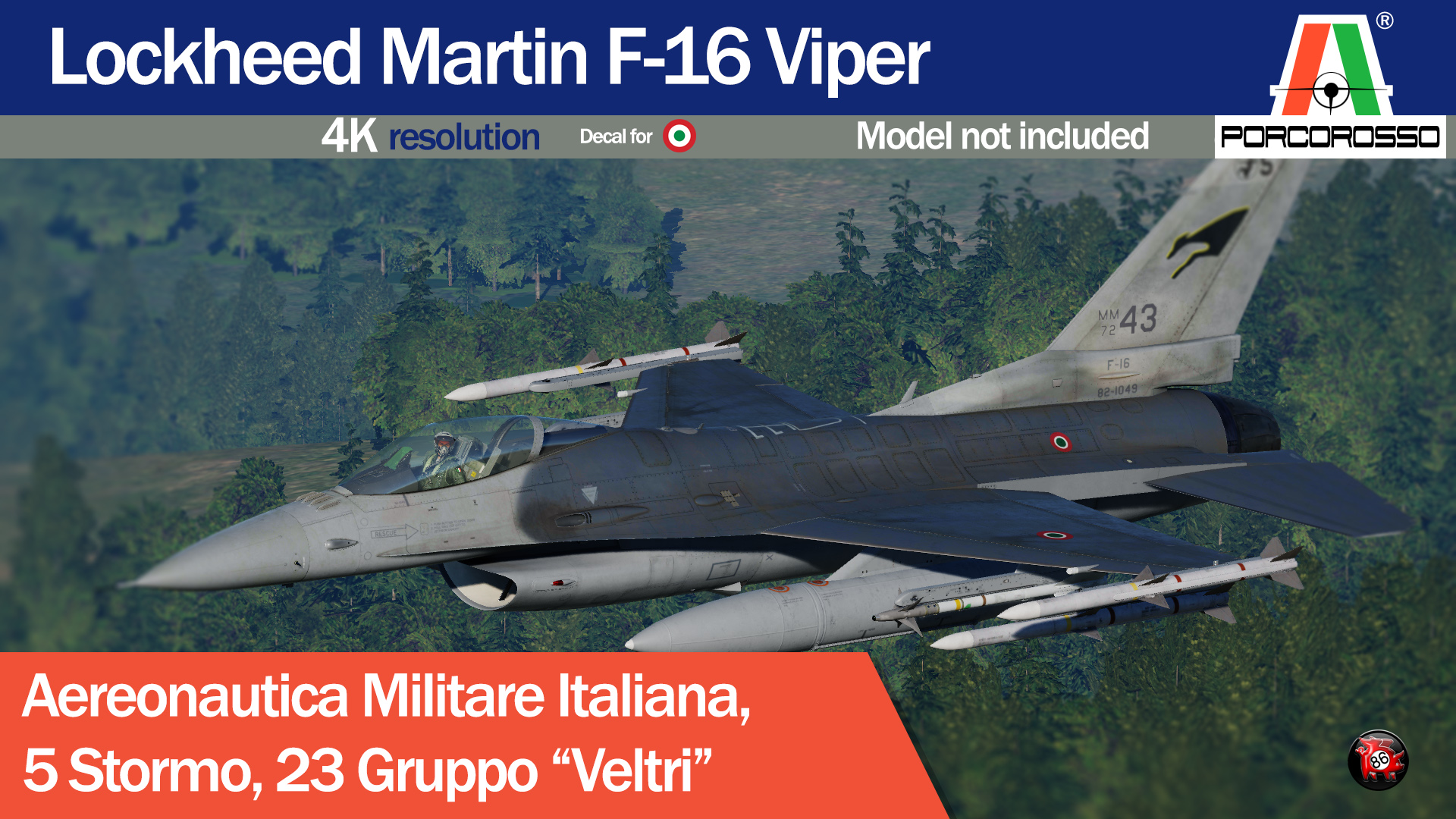 
Hello there
This is a livery based from the Italian F-16ADF Blk30 of the 5 Stormo, 23 Gruppo based on Cervia Air Base (Ravenna)
This skin have the dynamic bort numbers.
After the release of the official template, I finally complete the skin, with a lot of new details and tweaks
A big THANKYOU to Stan (Smiley) that provide me some fantastic hq texture made by him, like engine nozzle, gears and tyres, and many more.

That final livery included:
- specific roughmets and normals for this skins
- new better decals
- added new particulars like brass looking pitot, brass looking antennas, gloss paint for other sensors ecct
- modified the intake edge panel to be curved as like the references, with their normals
- added a black band in the canopy with a line of brass rivets, with their normals
- new canopy diffuse and roughmets
- new F100 engine textures
and more..

LICENSE
F-16 Italian Air Force, 5 Stormo 23 Gruppo. Free license, do not redistribuite.
If you want to use it as base for other works, give all credits.
Original LUA comments (not command lines) modification aren't allowed.
Tags: f-16, F-16 Viper, F-16C, 5 Stormo, Quinto Stormo, 23 Gruppo, PorcoRosso86, F-16ADF
FOLLOW US