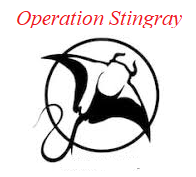 Type - Single mission
Author - Speedbrake
This is a straight forward mission in which to learn and practice deploying Harpoon missiles against an enemy ship convoy.
No added mods.

Time: 0615<br />
Location: Persian Gulf Enroute to Abu Dhabi<br />
Task: Anti-Ship Strike<br />
<br />
Satellite intelligence reports a insurgent convoy of two ships on a heading of 180 degrees headed fr om Bandar Lengeh to resupply enemy forces at Sirri Island. The island is reported to have AAA and SAM defenses.<br />
<br />
You are to takeoff from the Stennis and fly to WP #3 wh ere you are to launch harpoon missiles to destroy the ships. The best information indicates a launch on a heading of 80 degrees from WP#3 which should intercept the ships. WP #3 is about 30 nm from the targets.<br />
Timing your harpoon launches is critical. Real-time satellite observation data will be relayed to you upon successful attack.<br />
<br />
Upon completion, return to the Stennis and land.<br />