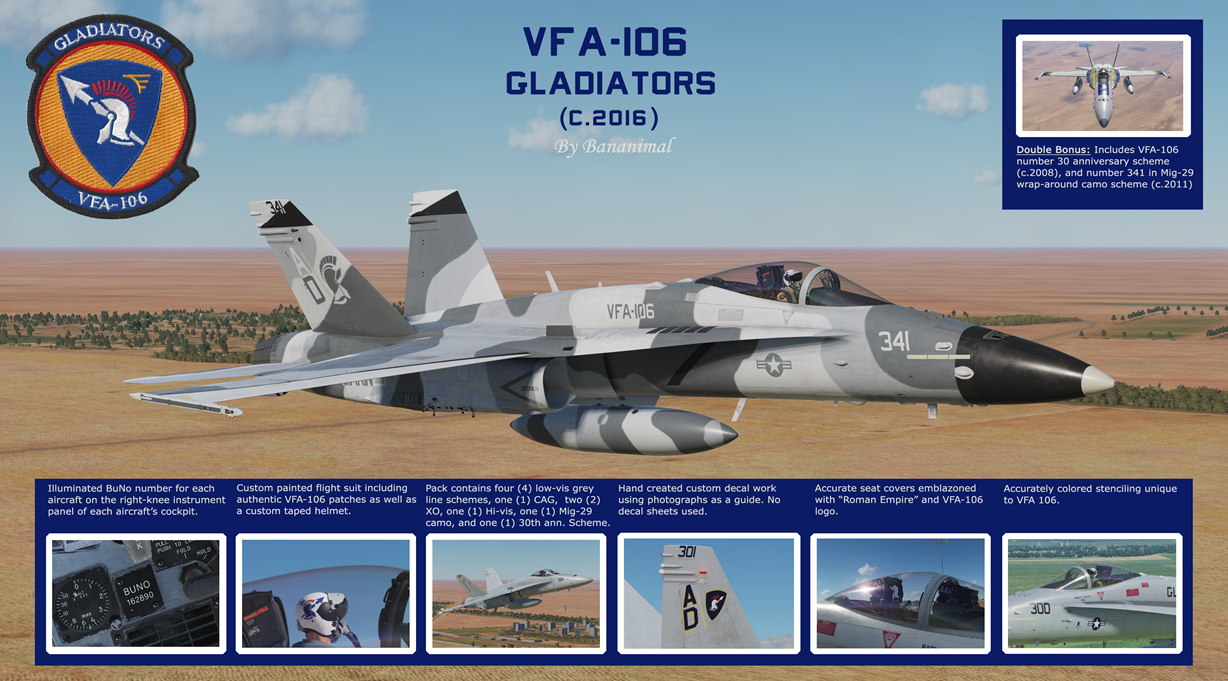 Type - Skin
Author - Bananimal
As the East Coast Fleet Replacement Squadron, VFA-106's’ mission is to train Navy and Marine Corps F/A-18 Replacement Pilots and Weapon Systems Officers (WSOs) to support fleet commitments. Every 6 weeks, a class of between 8–12 newly winged Navy and Marine Corps pilots and Naval Flight Officers begins the 9-month training course in which they learn the basics of air-to-air and air-to-ground missions, culminating in day/night carrier qualification and subsequent assignment to fleet Hornet squadrons. VFA-106 are also well known for the airshow TAC DEMO Team. The team flies the F/A-18C and F/A-18F to show sites in the eastern United States. Instructors of the squadron fly the aircraft, and serve on a year schedule. The team demonstrates maneuvers used in training and combat flights.

Every attempt was made to faithfully reproduce these aircraft from various images on the internet. Some of them have true aircrew stencils on them, but there are several that do not.

BuNo number for each aircraft on the instrument panel
True to life exhaust, intake and seat covers