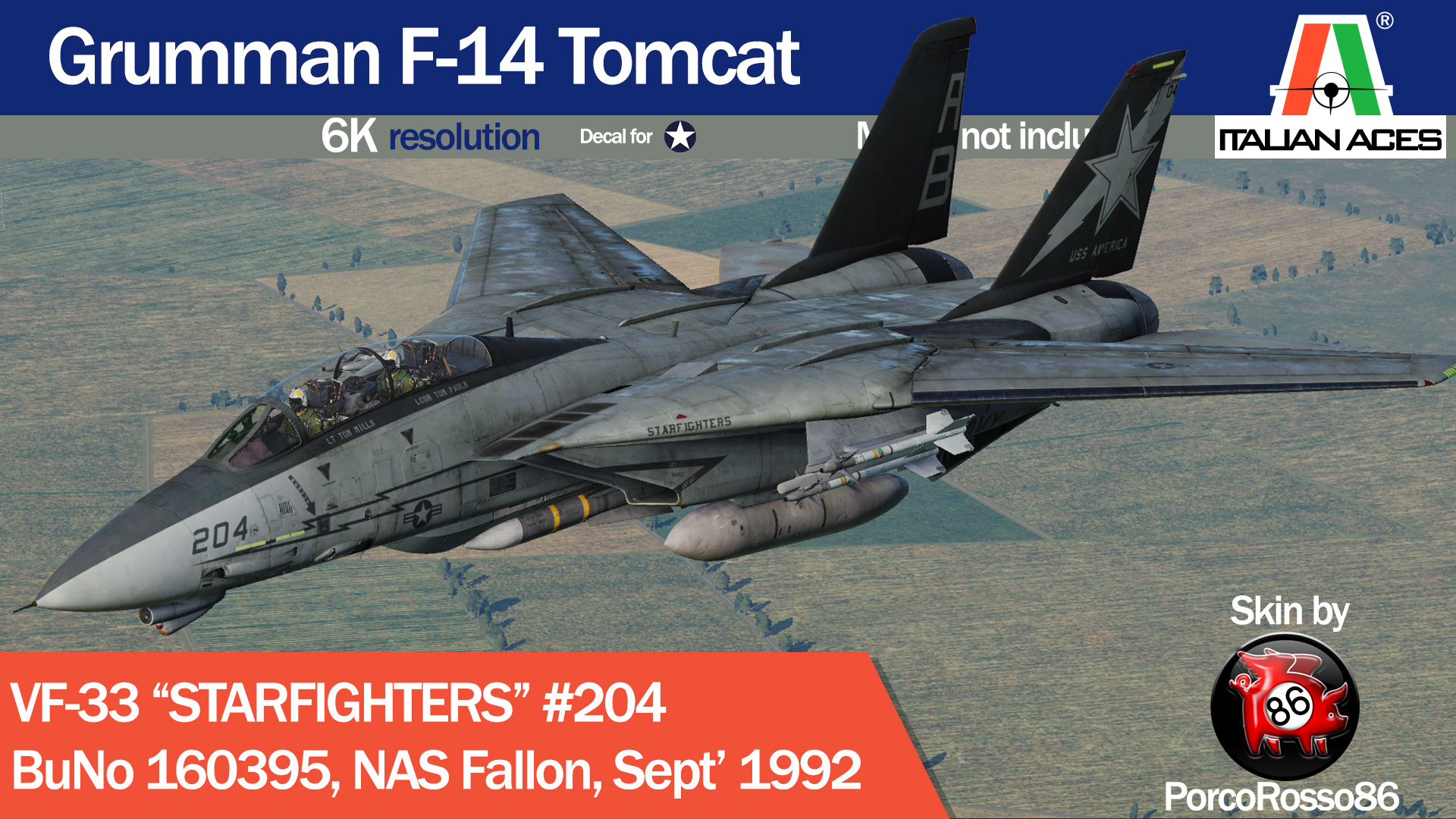 Hi there!
This livery born to a request from Pappy.

In this livery I totally rework the roughmets, with a new weathering that looking more realistic as possible. I've also added the LOD for the roughmets, and I used the nozzle texture by watermanpc.

But now a little history behind this paintshcheme

"The final makings used on most of VF-33’s Tomcats are seen on F-14A, BuNo. 160395, illustrated here as it  was seen at NAS Fallon, Nevada, in September 1992. All markings were in low-visibility grays. Note the  return of the lightning bolt on the forward fuselage, and interestingly, it is in the higher location as used  on the first markings test aircraft borrowed from VF-101, rather than in the lower position as used on  VF-33’s first Tomcats."

The livery is complete of:
- Totally reworked Roughmets
- Many stencils remade from scratch
- Federal Standards Colors
- New helmet with roughmets and normals
- New weathering layers
- Pilots suits with VF-33 patches
and many more...

LICENSE
VF-33 "Starfighters" #204 by PorcoRosso86 is a livery made by PorcoRosso86. Free license, do not redistribuite.
If you want to use it as base for other works, give all credits.
Original LUA comments (not command lines) modification aren't allowed.