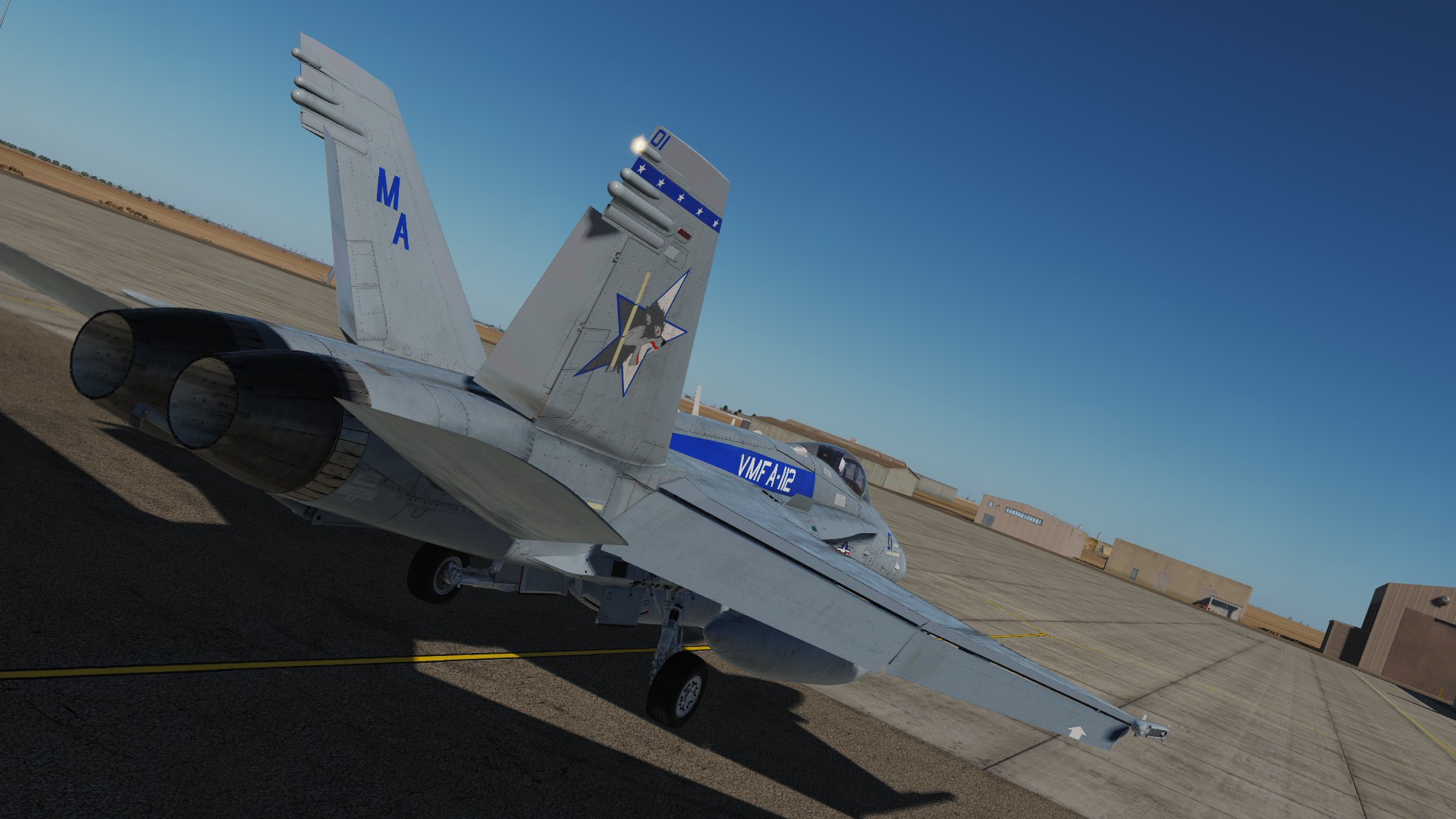 Type - Skin
Author - Spectre570
Marine Fighter Attack Squadron 112 (VMFA-112) is a reserve United States Marine Corps McDonnell-Douglas F/A-18A++ Hornet squadron. The squadron is based at NASJRB Fort Worth, Texas and falls under the command of Marine Aircraft Group 41 (MAG-41), 4th Marine Aircraft Wing (4th MAW). Their tail code is MA. During World War II the squadron saw extensive action throughout the Pacific Theater of Operations especially at the Battle of Guadalcanal as part of the Cactus Air Force. By the end of the war, its 140 air-to-air kills ranked it third among Marine Corps squadrons.

These liveries are based on the 2013 VMFA-112 "Cowboys" CAG Hornet, High and Low Visibility livery.