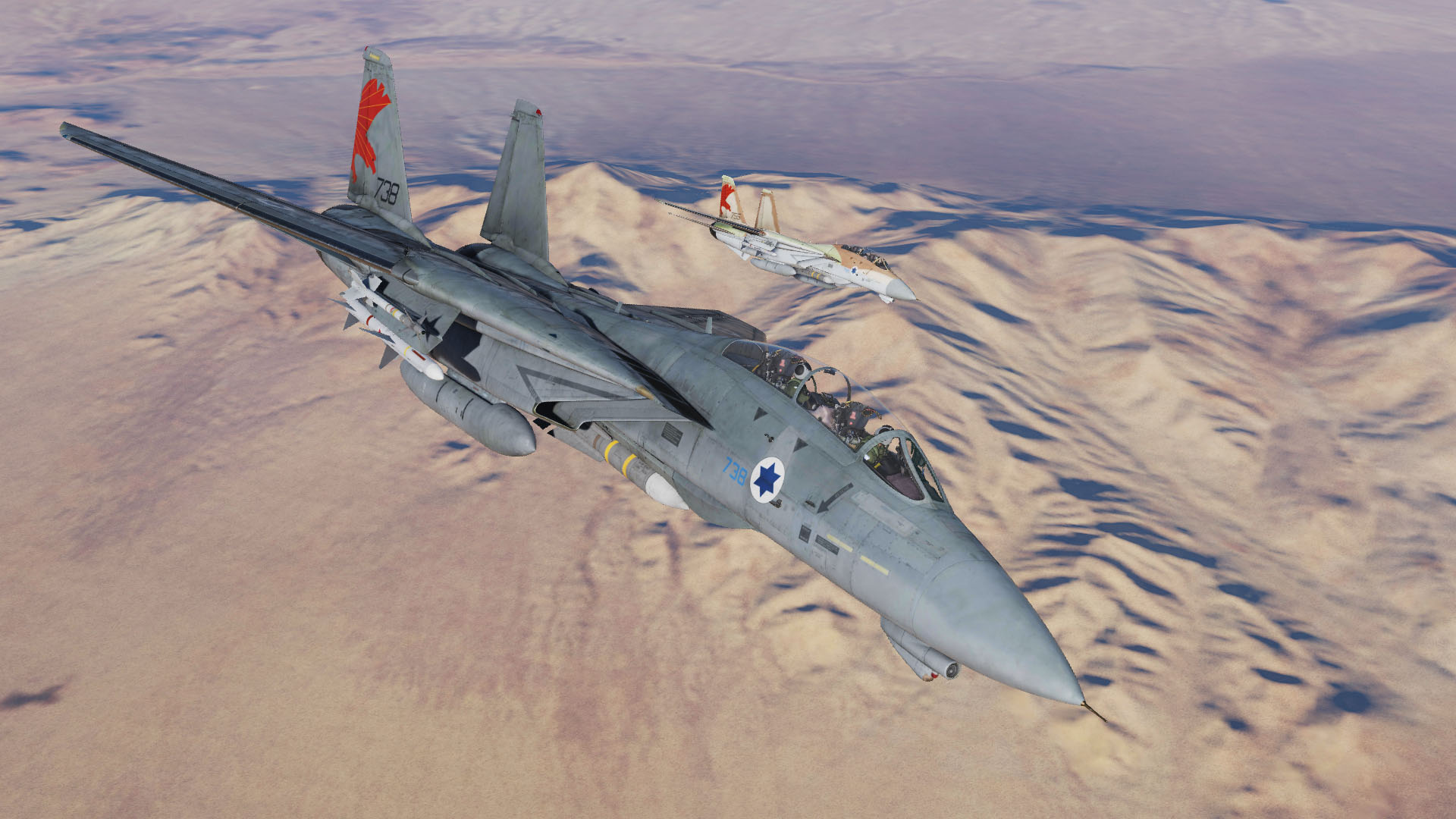 Backgound:
-----------
As payment for restraint during the 1991 Gulf War, Israel was provided with 50 surplus USAF F-16A/B's under "Peace Marble IV" Program.
About half of these aircraft were ex-ANG/AFRes aircraft, with the remainder being brought out of storage at Davis-Monthan AFB.

Contrary to earlier deliveries, these aircraft retained their USAF air superiority gray color scheme at that time. The aircraft are called Netz II The delivery was completed in late 1994.
Later in their service, as part of the maintenance cycle they were repainted in the standard IAF desert camoflage.


The Premise for this Livery, is that instead of F-16s, the IAF were provided with a squadron of F-14Bs.
And like their real life counterparts they stayed in their original USN color scheme initially.

Installation:
-------------
Extract the content of this package to "Saved Games\DCS", it will automaticly create the folder structure needed.


Credits:
--------
special thanks to TheWizard who made the base IAF desert camo, allowing me to use and modify his work to create the desert camo variant in this pack.
And to BarTzi that supplied his IAF Tailnumbers font.

They are both wonderful people and great content creators, Go checkout their work :)